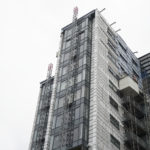 Secretary of State for Levelling Up, Housing and Communities Michael Gove has today (10th January 2022) warned developers that they must pay to fix the cladding crisis that they caused as he overhauls the Government’s approach to building safety. Mr Gove has written to industry giving them a deadline of early March to agree a fully funded plan of action including remediating unsafe cladding on 11-18 metre buildings, currently estimated to be £4bn.

In the letter, Secretary of State for Levelling Up, Housing and Communities Michael Gove said: “Our home should be a source of security and pride. For too many of the people living in properties your industry has built in recent years, their home has become a source of misery. This must change.

“It is neither fair nor decent that innocent leaseholders, many of whom have worked hard and made sacrifices to get a foot on the housing ladder, should be landed with bills they cannot afford to fix problems they did not cause.

“Government has accepted its share of responsibility and made significant financial provision through its ACM remediation programme and the Building Safety Fund. Some developers have already done the right thing and funded remedial works and I commend them for those actions.

“But too many others have failed to live up to their responsibilities.”

In the letter, the Secretary of State asks companies to agree to:

Boroughs have repeatedly expressed concern at the slow progress in removing dangerous cladding from many buildings across the capital and have long pushed for clearer direction from the Government on how the full costs of remediation work should be funded.

Cllr Darren Rodwell, London Councils’ Executive Member for Housing & Planning, said: “We’re pleased to see the Government taking these steps to fix the cladding crisis, which has dragged on for far too long.

“This year will mark the fifth anniversary of the Grenfell Tower fire and no one should still be living in a building with dangerous cladding. Every Londoner must be safe — and feel safe — in their home, yet many are living in a nightmarish limbo while arguments rage over how remediation works will be paid for.

“Boroughs agree that the residential property industry should make a greater financial contribution towards the cost of removing unsafe materials from London’s buildings. Ministers now need to keep up the momentum and make sure the industry delivers on these fair and much-needed commitments for improving building safety, as well as working with councils on delivering stronger local powers for enforcing fire safety measures.”

Commenting on the announcement, Mike Robinson, Chief Executive of British Safety Council said: “Today’s announcement is a positive step forward as it will hopefully take the burden off many thousands of leaseholders facing large costs to replace unsafe cladding. It is also of course right that the construction industry continues to play its part in helping to resolve these issues.

“The Government must also shoulder its own responsibilities, having overseen the regulatory framework that led to Grenfell and other similar tragedies. We need to see all sides taking a positive and constructive approach to discussions between now and March.

“The sad truth is the funds announced today may also not go far enough. They will not pay leaseholders’ costs for other issues beyond cladding that aren’t included in these plans, such as balconies on a building that have been built with flammable material.

“The Grenfell fire showed how broad the building safety crisis is, spanning not just construction but design, manufacturing, fire safety and building management. However, there is no excuse for it having taken over four and half years to get to this point and these other issues also need to be approached with urgency.”

The header image shows a high-rise residential building of flats with cladding being replaced with fire resistant materials ©Richard Johnson.