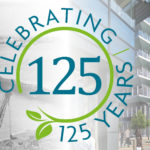 One of the UK’s leading family-owned construction, property services and residential development companies celebrates a landmark in its history this year, as Wates celebrates its 125th year of operation.

Founded in 1897 by Edward Wates, the company is now in its fourth generation of family ownership. Chairman Sir James Wates CBE and the other four Governing Owners are great-grandsons of the company’s original founder.

Wates was originally a housebuilder in Surrey, developing over the decades into what is now one of the most prominent companies within the built environment, covering all areas of the UK and with an annual turnover of over £1.5bn.

Wates today is a national group of businesses committed to greater diversity and inclusion, and focused on construction, property services and residential development across both private and public sectors.

Over a century on from the first Wates homes being built in South London and Surrey, the company is now responsible for building thousands of homes across the country including its 10-year programme with Cardiff Council which has seen new low energy and Passivhaus standard homes joining the council’s housing stock.

Wates Group Chairman, Sir James Wates CBE, said: “While it’s likely that in 1897 Edward Wates would not have foreseen he was starting a business that would last through at least five generations, there is no doubt he would be proud of what he started — an enterprise committed to the long-term. Although times have changed, our family ethos remains the same. In each generation, we have endeavoured to be leaders in demonstrating that business, done well, is a force for good in society. This anniversary gives us the opportunity to look back with pride at our achievements and look forward with excitement to what the next 125 years might hold.”

To mark the anniversary, Wates has introduced a new company logo for 2022 to feature across all its communications throughout the 125th Anniversary year. The logo will be featured on new vehicles in the company fleet, on colleagues’ uniforms and hoardings of new building projects.

As well as marking the anniversary, the logo incorporates a leaf motif, alluding to the fact that it has remained a family business through four generations of the Wates family tree. It also reflects Wates becoming the first organisation in its sector to commit to zero carbon, zero waste and nature positive contribution from its operations by 2025. The leaf reflects the growth of the company from its modest beginnings to the present day, and its commitment to a sustainable future. Events, initiatives, and charitable activities planned across the year to recognise the anniversary will be announced over the coming months along with stories from the Group’s extensive archives, including its involvement in the construction of the Mulberry Harbours (pictured left) for the D-Day Landings.