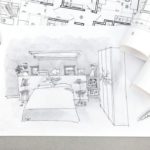 ‘Homelessness is a problem with a solution and the solution is housing.’ This is a statement from the first in the Housing First Know-How series that has been carefully prepared for, and in consultation with, Scotland’s social housing professionals. LABM looks at this easy reference guide, as well as some pointers can offer in resolving homelessness.

Introduction
The Housing First model in Scotland is an important development in tackling and preventing homelessness amongst the most vulnerable in society. By prioritising settled accommodation Housing First provides a base from which to address other issues that may lead to homelessness, providing tailored and sometimes intensive support for those that require it. The Scottish Government has already taken the step of providing support and funding for the development of Housing First in five cities across Scotland.

The Chartered Institute of Housing in Scotland and Scotland’s Social Housing Professionals — a profession that that cares deeply about local people and local places — look on Housing First Know-How as the first in a series of guides as a ‘live’ manual, an easy reference guide that will be updated regularly.

What is Housing First?
To put it simply, Housing First provides ordinary, settled housing as a first response for people whose experience of homelessness is compounded by other challenges. This includes people whose range of life experiences include childhood and early years’ trauma, domestic abuse, mental ill health, addictions as well as time spent in local authority care or prison.

However, Housing First is not only housing. Easy access is given to personalised and resilient support, directed by the Housing First tenant.

Why first response?
Traditionally a range of temporary, often shared accommodation options are offered with support to ‘fix’ the issues people are experiencing. Only when this is thought to have achieved would someone be offered a home of their own. In practice this practice meant offering permanent housing as a last response, essentially seeing housing as a reward to be earned rather than the most effective solution. This is an informal but stubborn practice sometimes described as ‘tenancy readiness’. It means living to a different set of rules than the rest of us, without a place to call home as a base to build and live their lives.

Considering all the disadvantage, and issues to contend with, it becomes clearer why some people’s homelessness is harder to end. Housing First recognises a safe, secure home accompanied by personalised, intensive, open-ended support is the best base for recovery and healing and a foundation from which people can flourish.

Seven Principles
Housing First in Scotland recognises that there are seven principles which are central to ending people’s experiences of homelessness:
• People have a right to a home.
• Flexible support provided for as long as is needed.
• Housing and support are separated.
• Individuals have choice and control.
• An active engagement approach is used.
• The service is based on people’s strengths, goals and aspirations.
• A harm reduction approach is used.

There is a substantial body of international evidence that with close adherence to the principles Housing First is effective.

Does Housing First have an effect on housing waiting lists?
The simple answer to this question is no. The people housed through Housing First are not ‘new’ people being added to existing housing demand. They have always been there with a right to a home, but often without equal opportunity — a ‘level playing field’ to exercise those rights. Housing First just provides a mechanism for ensuring everyone can quickly access a home and the support they need.

Where Housing First is not the best solution, or mainstream housing isn’t wanted, then the size and quality of shared, supported accommodation is key. Overarching Rapid Rehousing Transition Plans will progress towards smaller, specialist units within a psychologically informed environment.

Housing First Pathfinder
The flagship £10m Housing First Pathfinder in Scotland was catalysed by Social Bite in 2018 to accelerate Housing First Delivery in six local authority areas including five cities. It is funded by the Scottish government (<£6.5m), Social Bite (£3) and Merchants House Glasgow (£200k). The Homeless Network and Corra Foundation were appointed as Project and Fund Managers. It is a three-year programme in the first instance; the official start date was the 1st April 2019.

The multi-agency pathfinders are scaling up to deliver over 800 tenancies across Aberdeen/shire, Dundee, Edinburgh, Glasgow and Stirling by March 2021. Homes have been pledged by housing associations and local authorities, with a smaller number pledged private landlords too. Fifteen services across five local consortia were commissioned to deliver the Housing First intensive casework support in line with Housing First principles.

The Pathfinder partnerships are testing how to deliver Housing First at a scale never before seen in Scotland, setting the pace, testing new ways of working, and sharing solutions to the challenges and questions that come from changing systems at scale. With a head-start to find the best path, it is hoped that a quick connection of learning and expertise with all other Scottish local authorities preparing to scale-up Housing First.

Conclusion
On its own Housing First will not end homelessness in Scotland, as most people who become homeless have no or low support needs beyond their need for housing. However, it is felt that any attempt to end homelessness that does not include Housing First will not work for the population in Scotland who are up against the structural, social and economic disadvantage.