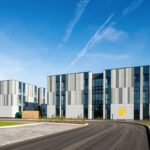 Why can’t the UK build 150,000 social homes a year? Andy Smith from Caledonian Modular looks at the reasons why offsite is the only way that the Government’s rhetoric on building more homes can be turned into action.

A recent report by an influential housing and homeless charity highlights that the Government needs to build over three million social houses if it is to solve the UK’s housing crisis. The report by Shelter urges ministers to invest £214m over 20 years to create 1.27m homes for those in greatest housing need, 1.17m homes for younger families and 690,000 homes for the elderly private renters. That works out at 3.13 million new social homes over the next two decades, or just over 150,000 each year.

At first glance these figures seems daunting, especially when you consider that only 1,400 new social homes were built in 2017/18 — down from almost 40,000 in 2010. It is becoming increasingly obvious that the UK housing crisis will not be solved by traditional build programmes alone. Fortunately, a blueprint for creating thousands of new social homes each year using offsite construction does exist. In fact, it’s already been done with worker accommodation at Hinkley Point C nuclear power station, where a modular approach created accommodation for 1,500 people in only 51 weeks. 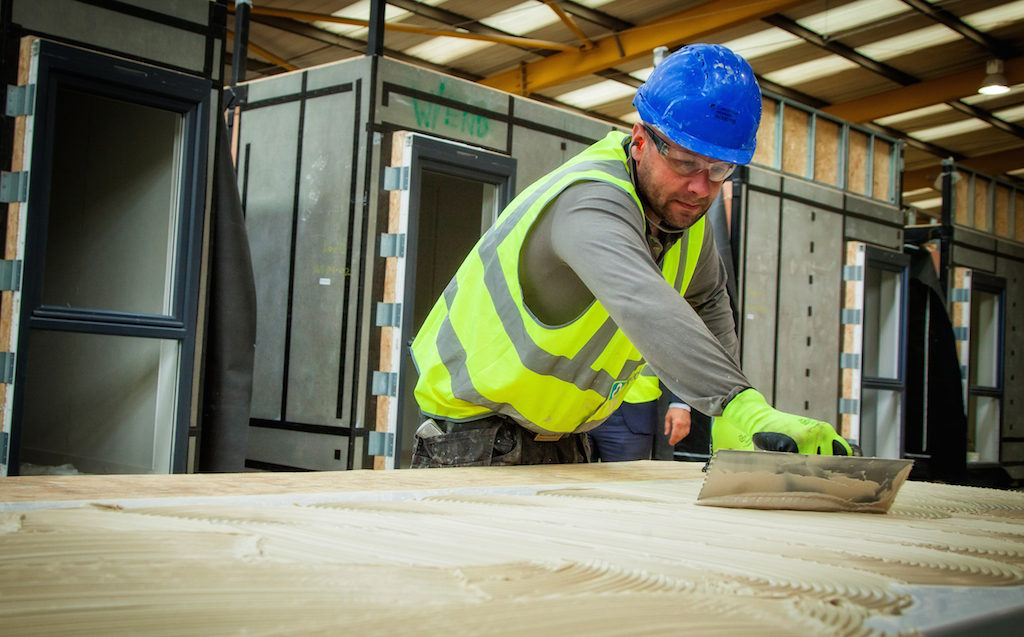 Modular mindset
The £55m contract to create worker accommodation at Hinkley was awarded to Caledonian in partnership with Laing O’Rourke. The specification of the modules is equivalent to three-star, fully en-suite hotel rooms and each module provides living space for one person, with a bedroom, bathroom and lounge.

The scale and speed of project delivery was only achievable through offsite manufacturing. The units were 96% completed entirely at our factory, including fit out and snagging. Following a specialised clean they were delivered to the Hinkley site in Bridgwater where the seal was broken. It was then just a simple process of completing the plumbing, electrics and other minor elements, and that’s literally it — they’re ready to handover. Workers were able to move into the accommodation in just six weeks from the modules being delivered.

Main contractor Laing O’Rourke provided the infrastructure works, including the concrete pad foundations, which support the hot-rolled steel frame, based on loadings provided by our engineers. The modules were positioned on site using a mobile crane and the installation rates were between six to eight modules per day.

A greater understanding of the benefits of offsite construction including manufacture of modules in a quality assessed factory, better airtightness, improved thermal efficiency, with lower running costs and less maintenance, are some of the reasons for its uptake. Air gaps between modules in volumetric construction assist in providing acoustic separation between units, too, meaning there can be less noise disturbance for occupiers. 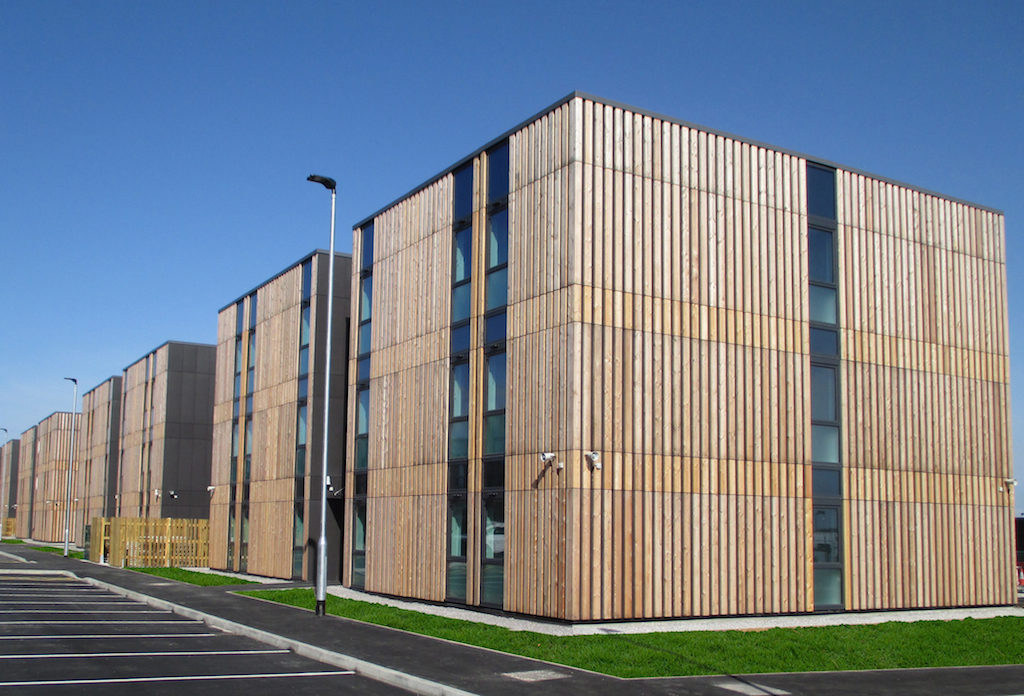 Housing blueprint
The key to ensuring a faster uptake of offsite construction is communicating the fact that there has been a revolution in the sector, specifically in the area of design and standardised details, which reduces overall design fees and results in a more predictable construction programme. Advances in BIM, DFMA and lean manufacturing have driven these improvements. In addition, the latest modular building systems can achieve programme savings of up to 50% or more compared with traditional forms of construction.

Work building the modules in a factory can start at the same time as the site is being prepared, which means the processes take place in parallel and result in months’ worth of scheduling and cost savings. This has a knock-on effect in a reduction in waste, as well as reduced impact of construction activities on-site, such as noise, ground disturbance and vehicle movements.

At Hinkley alone, it was calculated that there were 90% fewer deliveries to site compared to if a traditional construction method, which had direct benefits in terms of less traffic in surrounding areas and carbon savings from reduced fuel use.

Research by Shelter indicates that more than 100,000 households have been stuck on council housing waiting lists for more than 10 years and much of this is a result of the startling reduction in the number of units being built, from 40,000 in 2010 to only 1,400 currently.

A survey of the top 50 biggest builders this year found that the sector built a total of just 4,667 homes using modern methods of construction in 2017/18 (equivalent to three Hinkleys). This represents just over 10% of the total and a tiny fraction of the three million-plus homes that the Government needs to deliver.

The choices are stark, continue what we’ve always done and get the same result, which means a chronic lack of homes, or choose offsite, a blueprint for delivering greater volumes of high quality, much needed housing.