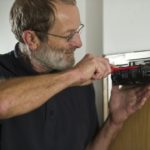 Graham Hulland, Product Marketing Manager at dormakaba, speaks to LABM about the importance of correctly specifying door closers within social housing properties, the factors that should always be considered and the potential impact of changing an approved specification.

After the events of the Grenfell fire, the industry responded by evaluating its practices and an independent enquiry was undertaken. During this time, a report carried in The Evening Standard revealed that out of the 120 flats located between floors four to 23 of the Grenfell Tower, only 17% had door closers that were both fitted and working correctly. This led to doors being left open during the building’s evacuation — compartmentation was therefore compromised, which would have affected residents’ safety as they attempted to escape down the single stairwell.

What are the key legislative considerations when looking to specify closers for fire doors in residential properties?
Initially, you need to make sure that the specification is compliant with both Building Regulations and the 2010 Equality Act. Approved Document B of the Building Regulations requires certain fire doors to be self closing — fire rated flat entrance doors fall under this category.

The main requirement of the Equality Act is in relation to the access into and through buildings. Whilst that might sound straightforward — it is important to be aware that it is impossible for a manufacturer to claim it has a door ‘closer’ that is compliant with the Equality Act. The Act does not mention door hardware. However, if the building regulations (Approved Document M and BS8300) are met then this will meet the Equality Act’s requirements for ease of access. Unless the door is Automated or fitted with a Hold Open or Free Swing door closer, then there is no way of guaranteeing compliance.

Although this guidance is provided, the legislation can still be quite complex and there are a number of other factors that specifiers must consider to ensure a compliant system. For example, in the UK, any door closer that is to be used on a self-closing fire door should be CE marked, which demonstrates that the product is suitable for the intended application. Whilst a CE mark does show that a product has successfully been tested to meet ‘safety in case of fire’, this is not sufficient on its own to ensure that a door closer is suitable for an intended fire door. The test completed within the CE mark does not detail any specific application and can therefore not be applied as a standalone test for any fire door type.

How do specifiers make sure that a door closer not only satisfies UK legislation but also works for the residents who will use it on a daily basis?
Every resident is different, and the majority of social housing projects will house both young and old, with varying levels of physical capabilities, which is why the chosen door closer needs to be carefully considered. By specifying an adjustable powered closer, you can adjust the closing force for each door individually and keep the force required to open it to a minimum.
In some cases, if the force exerted by a door closer is too high, residents will find the doors heavy and difficult to open which increases the risk of fire doors becoming ‘wedged’ and could result in the door closer actually being removed to ease usability.

On the other hand, if the closing force is too low, the door may never fully shut which could also compromise resident safety.
It is also important to think about aesthetics and whether or not the chosen door closer will be suitable for the space. Specifying cam action slide arm closers is a great solution as they are less intrusive and more design led compared to traditional arm closers. They are highly efficient and can keep opening forces to a minimum, making it easier to use for all residents.

Although aesthetics and usability are important, safety should be paramount. To make sure safety is maximised, you should also look to specify adjustable powered door closers or surface units that include concealed fixings. Concealed fixings eliminate the ability to tamper with or remove the door closer, should the temptation arise, which could pose considerable danger to residents if a fire were to break out.

Whilst changes to an approved specification can be made for a number of reasons, are there any long-term factors that should be considered prior to any deviation from the original?
Value engineering is often identified as the key driver behind specification switches, with financial pressures leading to elements of the building being altered from the original product specified in an effort to reduce initial costs. While this may reduce short-term pressures, it could then increase the long-term costs involved with maintaining the building as a whole. This is because doors and door hardware are amongst the most heavily used elements of a building and will be subjected to thousands of open/close cycles a year, and potentially millions throughout its lifetime.

It is also important to remember that if any door hardware needs replacing, including fire door closers, as part of regular servicing and maintenance, the replacement parts must meet the requirements of both the original specification, and the current legislation. If parts are unsuitable, it could lead to the door failing to perform. This will ultimately put residents at risk, as well as resulting in additional costs if the new door closers are unsuitable.

Looking forward, what can specifiers do to ensure a robust, safe specification?
As I have already mentioned, keeping to regulations and ensuring that the specified door closer is user friendly in daily life are both key considerations to ensure resident safety. To ensure a robust specification, it is advised that a trusted supplier is engaged with early on in the process — helping the correct solution to be identified and for detailed information to be included in the specification.

As an industry, we need to make sure that we are taking a considered approach to specifications and keeping the safety of residents at the forefront of our minds. 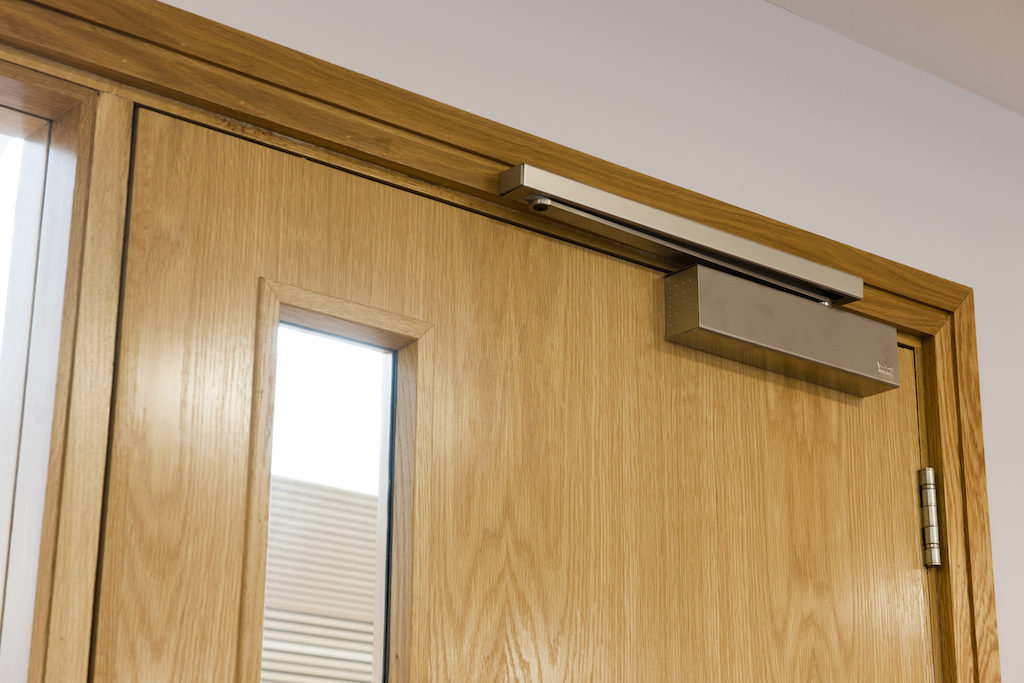