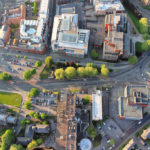 NFB: Councils plan our communities, not the Government

Anne Marie Morris MP believes that house building has become “more centralised at national level, taking power away from local authorities” and that “a community right to appeal” would be one way to properly re-balance the planning system.

The National Federation of Builders (NFB) disagrees with her assessment and encourages the MP for Newton Abbot to do more to understand how homes are really built and planned for.

Local authorities plan where homes go and then grant planning permissions for them. Yet how they implement the planning process, which is set by the National Planning Policy Framework (NPPF), leaves a lot to be desired.

First there is the plan making process, which allocates housing sites through local plans and decides which homes get built and why. In England, 273 local plans have not been updated since 2017, with 127 adopted before the NPPF was introduced 2012.

86 planning authorities have failed so badly to meet demand that the Government has forced them to make up the shortfall by increasing housing supply by 20%. Research by Lichfields also found that 60% of the neighbourhood plans they reviewed did not contain any housing figures or allocations, preferring to focus on infrastructure instead.

Secondly, we have planning permissions. If your site has been allocated in the local plan, you may assume you have a better chance in being granted permission, more quickly. Yet 42% of minor residential planning applications (fewer than 10 homes) and 75% of major are subject to extension of time requests, environmental impact assessments or performance agreements.

Richard Beresford, Chief Executive of the NFB, said: “Local planning authorities decide where homes get built and then grant permissions for them. As the arbiters for plan making, they quite literally hold the keys to their communities housing.”

Rico Wojtulewicz, Head of Housing and Planning Policy for the House Builders Association (HBA), said: “In less than a decade, the average housing site has increased in size by 17%. This is because councils focus on large sites to meet demand and treat a site of two homes, with the same risk profile as a site of 200.

“The planning system needs reform, but councils need to reform their approach to planning as a whole. Millions of homes are needed and councils are the only ones who can make sure they get built.”