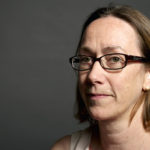 Social care is a political hot potato. Proposals from the mainstream political parties are derided as yet another tax on the elderly and infirm. The long-promised Social Care Green Paper has failed to materialise, and social care was largely absent from the General Election campaign. Yet does this political stalemate represent an opportunity for social housing providers to show leadership and deliver high quality social care for their residents?

Social housing providers have always been asked to provide more than just bricks and mortar with wider obligations in society. That has long been recognised by government, with housing associations asked to take on much greater levels of administration and enforcement. HAs are now responsible for reviewing the eligibility of tenants to rent, on immigration status, and on the ability to pay and benefits entitlements. There is also the implied responsibility of checking for incidents of domestic violence when undertaking repairs and maintenance, and for keeping and eye on the mental well-being of tenants.

Housing associations have been broadly happy to accept these responsibilities, perhaps seeing it as part of their wider social obligation.

Social care role
It is not outside the realms of immigration that in the absence of a coherent national social care policy social housing providers will increasingly be expected to pick up a large social care role.

Here is why. The NHS has its own issues, notably staffing and funding — it is unlikely health will voluntarily step up. Local authorities too are stretched with chronic funding issues and are unlikely to be able to do more. And consider too that social housing providers have historically been reluctant to rock the boat on major political issues and do not complain when asked to shoulder greater responsibility.

Social housing providers are innovative and collectively have a powerful voice. It is perhaps time that they took a lead on social care before it is foisted in them. The sector is perhaps uniquely placed to focus on prevention alongside care, with early interaction from RPs being at the heart of the approach, potentially saving millions from the social care budget.

Living longer and living better would be at the heart of this ethos, with tenants living in properties that are appropriate for their needs. It will need a change in the national conversation with housing and health working in partnership, and with the sector acting with and exercising one powerful voice. The National Housing Federation will have a key role to play.

It will undoubtedly require a rethink of legislation that makes it hard to move a tenant from one home into another alongside a review of government policy that sees the transfer of RP assets into private ownership.

And then there is the question of funding. Local authorities, even where they have nominations for extra care, do not nominate as the budgets are not there. A review of funding that takes into account both housing and care will be needed and arguably easier to deliver. The implications of better spending on preventative and proactive schemes are widely known — knock on benefits reduces NHS and PCG charges and a more active and happier subset of society.

And finally, tenants need to find a collective and powerful voice. An aging population means a larger grey vote, which politicians cannot ignore. A quiet revolution — RPs take the lead and show the political world what can be done.

Charlotte Cook is a Partner in the Social Housing Team at Winckworth Sherwood. She can be reached by email ccook@wslaw.co.uk. Visit www.wslaw.co.uk.