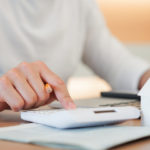 Theresa May’s announcement, at the Conservative Party Conference in 2018, that the caps on local authority borrowing for new housing investment would be scrapped, was the perhaps the most welcome surprise of her whole unhappy period as Prime Minister. In her speech, she described solving the national housing crisis as ‘the biggest policy challenge of our generation’. ‘It doesn’t make sense, she said, ‘to stop councils playing their part in solving it.’ This would help, she said elsewhere, towards creating a ‘new generation of council housing’.

In the subsequent Budget, the Treasury and ONS both estimated that abolition of the borrowing caps would enable councils over the new few years to increase housing output to around 10,000 homes a year. Last month, ARCH, together with the CIH and National Federation of ALMOs, published research showing that this estimate will soon be reached and may well be exceeded. This finding is based on a detailed questionnaire completed by 22 English councils ranging from five London boroughs and large cities in the Midlands and North to a cross section of medium and smaller authorities, some with established building programmes, some just starting to build.

Based on the evidence from this survey and others, most authorities that still have council housing plan to expand their housing delivery. For three quarters, the lifting of the borrowing caps was a significant factor but not the only one. There were major differences in planned output, ranging from several councils intending to build only around 50 new homes (or fewer) per year to two large councils aiming for over 500 a year. No councils planned to build no homes at all. Around half of councils plan to build for social rent, but usually cross-subsidised from building for sale or market rent. A minority of councils are focussed on building for Affordable Rent.

Cross-subsidy in some form is common, but the majority of councils are using government grant and Right to Buy receipts to subsidise new social housing. Could they do more? Councils reported a number of continuing constraints on building plans. The most important are:

Will they be enabled and helped to do more? This is the question Boris Johnson’s new Government has yet to answer. The Conservative manifesto and the Queen’s Speech were both worryingly silent on the future of social housing — as opposed to ‘affordable housing’ in the broader sense that includes low-cost home ownership, of which we are promised much more. A Social Housing White Paper is promised, although there has been no hard news about its timing. Sajid Javid’s Budget on 11th March badly needs to include some good news for social housing to help councils maintain the housebuilding momentum that is already apparent in their existing plans.