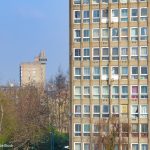 Matthew Warburton, Policy Advisor at the Association of Retained Council Housing (ARCH), considers the Queen’s Speech and what it will have to say about housing.

With the odds on a November General Election, the Queen’s Speech on the 14th October will be less a statement of what Boris Johnson expects his government to achieve in the next legislative session than a list of highlights from his re-election manifesto. Nevertheless it will be interesting to see what it has to say about housing, particularly social housing, which was conspicuous by its absence from the Chancellor’s Spending Round statement on 4th September.

In a speech which he claimed heralded the fastest planned increase in day-to-day departmental spending for 15 years, “turning the page on austerity”, the Chancellor announced significant new money for schools, the police and the NHS and a 2.7% real increase in the 2020/21 MHCLG budget. However, while this included an additional £1.5bn for adult social care, the only sums specifically identified for housing were an additional £54m to help reduce homelessness and rough sleeping and £24m to support introduction of the new Building Safety regime.

As part of a commitment to continue support to increase home ownership, Homes England were set to receive additional funding “to deliver homes where people need them”, but no specific amount was identified. Neither council housing nor housing associations were mentioned — this from a Chancellor who, in his previous role as Secretary of State for Housing promised a return to “social housing we can be proud of”.

There is significant unfinished business on social housing inherited from Theresa May’s government. One item is implementation of the 2017 Social Housing Green Paper, including introduction of a new regulatory regime strengthening tenants rights. Theresa May promises publication of the Government’s planned next steps in September, but with the prorogation of Parliament this now looks unlikely.

Building safety regime
Another, part of the wider response to the Grenfell tragedy, is introduction of the new building safety regime on which MHCLG consulted earlier this year. Both will require primary legislation and the failure to include either in this Queen’s Speech would be widely interpreted as evidence that the Government is not taking these issues seriously.

While primary legislation is probably not needed to achieve it, it is still not clear whether the new Government supports either Theresa May’s ambition to increase housebuilding to 300,000 homes a year or her commitment to a “new generation of council housing”. Johnson’s record as London Mayor on housing for social rent is not encouraging; whatever their differences on Europe, he seems to have shared with key members of David Cameron’s government a distinct lack of enthusiasm for council housing, believed by some to be motivated by the view that there were no Conservative votes to be had from supporting it.

Even if this were once true, when re-election of a Conservative Government probably depends on capturing a large number of leave-leaning seats in the North from Labour, the votes of council tenants and aspiring council tenants likely become much more important. There’s no need for a Bill, but some firm evidence in the form of additional funding or greater freedom for councils to re-use capital receipts would go a long way to convince doubters that a new deal for council housing is still on the agenda. I shall be listening with interest to the speeches at the Conservative Party Conference.

0 0 0 0
Previous : New educational chapter on the horizon for Houlton
Next : Legal update | Reach for the skies