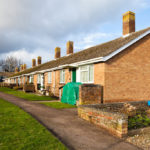 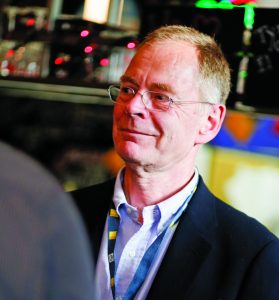 With still no news on the 2019 Spending Review, Matthew Warburton, Policy Advisor at the Association of Retained Council Housing (ARCH), discusses the need for a proper review of public spending priorities and considers the implications for councils.

Earlier this year I argued that lack of progress on Brexit was blighting achievement of the Government’s ambition of a “new generation of council homes”. The Comprehensive Spending Review promised in the 2018 Budget and key decisions on the use of receipts from Right to Buy sales had been deferred because of Brexit uncertainty. Three months on little has changed. The Chancellor’s Spring Statement has come and gone, as has the Brexit deadline of 29 March, but we seem no nearer to the decisions needed to make sure councils can build again on the scale needed to deliver the council housing the nation needs.

In his Spring Statement on 13th March, Chancellor Philip Hammond confirmed that the planned 2019 Spending Review would conclude alongside the Budget in November, and would set Departmental Budgets for the next three years — but only if a Brexit deal were agreed. At the time, most people believed that a Brexit deal would have to be concluded before 29th March, leaving a full six months for a comprehensive review to be undertaken.

As we now know, those expectations were wrong, and Parliament failed to agree a deal, leading to a six-month extension of the Brexit deadline. At the time of writing, negotiations are under way between Conservative and Labour leaders to come up with a compromise deal, but in the probably unlikely event that such a deal is agreed, few expect it to have an easy passage through Parliament.

As yet, there has been no suggestion from the Chancellor that he has decided that he will start the Review despite continuing uncertainty about Brexit. But he cannot afford to wait much longer if he wants to conduct a proper review of public spending priorities leading to three-year budgets for all Government departments. The longer the delay in reaching a decision on Brexit, the more likely it becomes that the Treasury will fall back to shorter-term plans — perhaps a Budget covering spending in 2020/21 only — leaving longer-term plans up in the air until next year. The probability of a new Conservative Leader within the next year also adds to the uncertainty and increases the probability that long term spending decisions will be kicked down the road.

Impact on council housing
None of this is good news for council housing. Council business plans for housing are supposed to be drawn up for 30 years — something it is virtually impossible to do when the economic and political environment is so uncertain. Councils are ready and willing to help deliver the ‘new generation’ of council housing promised in the Social Housing Green Paper last year. But, as ARCH has argued, this means increasing council output to at least 50,000 new homes a year.

The Government has taken important steps to make this possible, not least the abolition of HRA debt caps. But we are still awaiting key decisions — on longer-term certainty on council rents, more freedom on the use of Right to Buy receipts, and, most importantly, a significant increase in grant support for social rented housing. None of these are likely to materialise unless the promised spending review goes ahead as planned.

0 0 0 0
Previous : Construction of The Nest, new student build in Nottingham begins to take shape
Next : PCA training: Taking the in-house route to managing damp in buildings