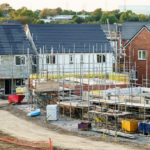 Matthew Warburton, Policy Advisor at the Association of Retained Council Housing (ARCH), looks at the impact of Brexit on the council housing renaissance.

In my last article for LABM I argued that meeting the Government’s ambition of a ‘new generation of council homes’ would mean increasing the numbers built to at least 50,000 new homes a year. The Government has already taken important steps to make this possible, not least the abolition of HRA debt caps. But, I argued, it needs to do more — to provide longer-term certainty on council rents, and, to find a significant increase in grant support for social rented housing in the forthcoming spending review.

There is a third issue on which a government decision is needed. Since 2012, councils trying to replace the homes they have sold under Right to Buy have been frustrated by restrictive rules on how they can use their sales receipts for this purpose. In August 2018, alongside the publication of the Social Housing Green Paper, the Government consulted on relaxing some of these rules to make it easier to replace homes sold. Many councils, along with ARCH, responded with comments and suggestions by the consultation deadline last October.

Before Christmas, the signs were that the Government would make a decision and confirm rule changes early in 2019. Recently, the word has come through that this decision will have to await an appropriate ‘fiscal event’. This probably means that the Treasury has become sufficiently concerned about the financial implications of the likely rule changes to insist that they are tied to a broader set of financial decisions.

In normal times, ‘fiscal event’ is code for either the Spring financial statement or the Autumn Budget. But these are not normal times. Brexit uncertainty has led the Chancellor to defer all significant financial decisions until after 29th March. In the event of a disorderly departure from the EU there would probably be an emergency Budget in April, although it is extremely unclear what might be included in it.

Westminster logjam
The same uncertainty has prevented any progress on the three-year spending review announced at the Budget, and media reports over the Christmas break quoted unnamed Cabinet members as arguing it should be abandoned until Theresa May has been replaced as Conservative leader. A Spring Statement is being held on 13th March, but this is primarily to receive the Office of Budget Responsibility’s report on the state of the national finances, with few, if any, Government policy decisions expected to accompany it.

Council housing is, of course, far from being the only area of policy affected by Brexit uncertainty. But is indicative of the extent to which key areas of domestic policy have become stuck in a logjam because so much of Westminster’s attention is focused on this one issue.

A telling symptom of the impact is that the senior civil servant formerly responsible for handling policy on council housebuilding has been moved to DEFRA to help ensure that food supplies are not disrupted in the event of a no-deal Brexit. The sooner the Brexit fog clears the better for council housing.