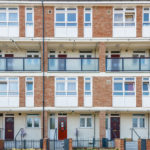 Government is reviewing the Decent Homes Standard (in two parts) to identify the case for change and consider how decency should be defined. Matthew Warburton, Policy Advisor at the Association of Retained Council Housing (ARCH), discusses the ongoing review and the plethora of questions it raises surrounding key issues such as energy prices, cost of materials, building safety and net zero.

The 2020 Social Housing White Paper announced a review of the Decent Homes Standard (DHS) — last updated in 2006 — “to understand if it is right for the social housing sector today”. This decision followed a positive response from the sector to a proposal for a review trailed in the earlier Green Paper published in August 2018 as part of the Government’s response to the Grenfell tragedy.

The first part of the review went ahead according to this plan. DLUHC convened a Sounding Board of sector experts, landlords and residents and organised working group meetings and written consultation on each of the four criteria, which the DHS currently includes. This process was completed, as planned, in Summer 2021 — and then there was a long silence.

In September 2021, Robert Jenrick was removed as responsible Secretary of State and replaced by Michael Gove. In January this year Gove released details of the Government’s flagship “levelling up” policies — including a tantalisingly brief reference to decent homes.

Among the Government’s 12 “missions” for achievement by 2030 was this: “the Government’s ambition is for the number of non-decent rented homes to have fallen by 50%, with the biggest improvements in the lowest performing areas”. While the precise implications of this ambition remain unclear it effectively confirmed that the Government would, indeed, adopt a refreshed DHS, but, also, that it intends to enforce it, not just in the social housing sector, but with private landlords as well.

Changes to Decent Homes
Just before Easter, DLUHC announced it was “accelerating” Part 2 of the review and listed seven areas where it is considering changes to the DHS, for discussion prior to formal consultation later this year. These are: ventilation (particularly in the context of damp and mould), home security, thermostatic mixer valves, window restrictors, electrical safety, refuse
management and water efficiency.

Little information has been given on why these have been chosen in preference to the many other issues discussed in Part 1 of the review. Thermal comfort, perhaps the part of the existing standard where there is the most compelling case for change, in the light of the carbon reduction agenda, has been excluded from further discussion in this part of the review.

All this raises more questions than it answers. In Part 1 of the review the Government reported that 13% of the social housing stock does not comply with the existing standard, despite earmarked funding over nearly two decades to achieve this.

So far, the proposed new additions to the standard are uncosted although DLUHC are working on an impact assessment. Given other pressures on spending, including rising energy and materials costs and delivering on the new requirements relating to fire and building safety, what relative priority is to be given to the existing and new elements of the DHS and what is the timetable for introduction and compliance with the new standard?

How will the new DHS dovetail with the ongoing net zero ambition and the target to raise all social housing to EPC Band C by 2030? How will the standard be applied to private rented housing, much of which is physically unlike social housing and where there is currently no Regulator responsible for enforcing standards, this task having historically fallen to local authority private sector housing teams which are now seriously depleted by a decade of austerity? We await the next round of DLUHC announcements with interest.