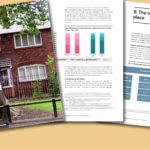 Making Home, by the Royal Society for the encouragement of Arts, Manufactures and Commerce (RSA) and housing and community services provider, One Manchester, explores ways to create new models and routes to homeownership for young people in England, looking at Manchester in particular.

Economic insecurity, the rise of the gig economy and out of reach housing costs mean new housing options beyond renting and owning are needed to provide security for young people, the report warns. Young people today are cutting back on food, living at home and taking second jobs to fund housing costs, leaving little room to save for a traditional housing deposit.

An Opinium survey commissioned as part of the research, found:

New housing products needed
The report notes that while house prices in Manchester have quadrupled over the last two decades, political attention has focused largely on the housing crisis in London and the South-east. The situation in Manchester is compounded by a larger private rented sector than the national average and a waiting list of 13,000 for social housing.

Devolution presents an opportunity to remedy this, the report suggests, calling on Manchester City Council and the Greater Manchester Combined Authority to introduce a range of new housing products to help address the crisis locally — which could be rolled out across England.

This deal would give the Combined Authority the powers to invest in new developments and housing products such as shared ownership; rent to buy and combination schemes; curb steep rent increases in particular neighbourhoods through the introduction of Scottish-style Rental Pressure Zones. 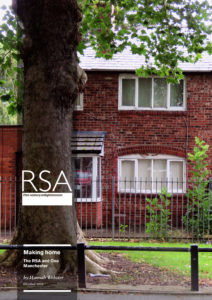 In addition, the report suggests:
• Housing associations should consider a model of ‘Escalator Ownership’ — where young people rent at a reduced rate in order to save, eventually buying a proportion of the home they live in from a housing association — as a more flexible rent to buy option. Housing associations in Manchester should explore this model, supported by diverted funding from help to buy.
• Local housing associations, in collaboration with Manchester City Council, should create and identify a network of Community Lettings Agencies — not-for-profit agencies, run according to a set of locally-agreed standards. These would help low income households into suitable accommodation and provide young people with greater access to homes they can afford.
• Mortgage providers and private landlords should work with housing associations and their partners to explore new ‘minimum standards’ when running checks on prospective buyers and residents. These need to account for the growing number of young people working in flexible employment and ensure poor credit history does not exclude tenants from finding a home.

The report was launched in central Manchester on Friday 4th October, with a panel of young people affected by the housing crisis and a panel including Manchester central MP Lucy Powell.

Housing devolution deal
Hannah Webster, Report Author and senior researcher at the RSA, said: “Young people are being failed by our current housing system — and this is particularly true in Manchester.

“On the one hand, the cost of deposits and the increasing difficulties faced obtaining mortgages — especially given the growth in ‘gig economy’ with its volatile incomes — are preventing young people from owning their own homes. On the other, private renting is insecure with young people having little chance of stability or putting down roots, and social rent is all but unachievable. Other options are needed for today’s young people.

“We need to see new routes to let young people put down roots — including lowering the entry bar for shared ownership from 25% to just 1% and offering reduced rent to give room to save, would provide much more security than existing options, as well as a route to ownership. There is a greater role for housing associations in providing rent-to-buy options and council-run lettings agencies need to be established which act on behalf of renters and not just landlords.

“A new Greater Manchester housing devolution deal should give mayors and councils Scottish-style powers to cap runaway rents in areas like central Manchester. These ‘rent pressure zones’ would help those facing steep rents in certain neighbourhoods, without taking the step of introducing rent controls across the board. In Greater Manchester we suggest that individual councils have the opportunity to propose and review potential zones.”

Dave Power, Chief Executive at One Manchester, commented: “One Manchester commissioned this research with the RSA to shed light on the current housing market and how it affects young people, and to give those affected the chance to have an input into potential solutions to help them overcome some of the barriers to home ownership.

“While housing providers such as One Manchester are, in some cases, already offering rent to buy and shared ownership options in Manchester, it’s clear that there is much more to be done.

“The important findings of this research not only confirm our assumptions about the pressures facing young people looking to get on the housing ladder in these uncertain economic and political times, but they also give real recommendations of things that the housing, education, and financial sectors, along with local and national government can do to support young people, and people of all ages, who are struggling to own their own home.”