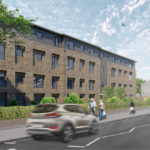 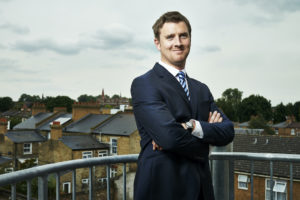 In June 2020, Hoban Design Architects helped secure planning permission for 71 new rooftop or ‘airspace’ locations for Sutton Housing Society, increasing the housing association’s housing stock by 16%. Lead architect Gary Hoban, a Director at South London architects Hoban Design, tells LABM how this was achieved, and what the future holds for homes in the sky.

Following the Government’s recent high profile, and somewhat controversial, extension of permitted development rights (PDRs), plans for rooftop or ‘airspace’ developments look set to soar, with up to two extra stories now permitted without formal planning permission. Some predict that airspace development could yield up to 200,000 new homes across Greater London alone, and there has already been a steady rise in the number of airspace homes in recent years.

Our recent project with Sutton Housing Society, (with planning permission secured under the old regulations), is a timely reminder of the realities of rooftop development, and why building extra storeys on existing buildings is not necessarily as straight forward as developers may anticipate.

In mid-2019, the social landlord announced it was seeking to increase its housing stock by an anticipated 10% by gaining planning permission to develop five separate rooftop sites, and following a competitive tender, appointed Hoban Design as lead architects.

To date we’d built Hoban Design’s reputation as an award winning architect’s practice in the luxury London property market, but we always felt our bespoke approach would transfer well to social home design. Sutton Housing Society gave us the perfect opportunity to demonstrate what we could do.

Sutton Housing Society’s Chief Executive Robin Roberts explains: “Although we are a smaller social landlord, we work hard to unlock the development potential of our existing schemes and establish an ongoing development pipeline.

“Design was crucial on this project if we were to secure as high-a-unit density as was sensible, with the support of our existing residents. To achieve this we needed fresh, bespoke thinking, rather than someone working from a more formulaic template.”

Listen and learn
The first task was to complete some early stage design and feasibility studies, before delivering two rounds of pre-application consultancy with Sutton Council’s case and housing officers. This feedback really proved invaluable to our plans and had a significant influence on our thinking. We understood that the overall success of the project would be judged on achieving the client’s ambitions for the five sites, and we had to carefully balance unit density with aesthetics and the approval of local residents.

Robin agrees: “There had to be a willingness to take on feedback and enjoy the process of listening and responding quickly with adaptations to the plans. The team weren’t burdened by a conventional design mind-set, freeing them to buck the status-quo and strive to exceed initial ambitions.”

More than just storeys
It’s important to emphasise that the brief entailed more than simply securing new airspace homes. The buildings in question; Norman House, Cloverdale Court, Ronald House, Trickett House, and Griffiths Close, are all around 50 years old, and so were dated in terms of looks and facilities.

The client was clear from the outset that the project must improve the visual aspect of the buildings for the benefit of the existing residents and surrounding community, and this would mean new façades, windows and improving communal facilities.

Although the new, extended PDRs are designed to encourage airspace homes, experience has taught us that adding anything more than two storeys to a building will most likely require new structural support to hold the increased load, as well as new lifts, stair access and fire escapes. This is significant moving forward, as it’s likely that these design elements will still require formal planning under the new rules.

Vital new homes
First and foremost we were delighted with the results, as we helped secure planning approval for 71 new homes, a full 16% increase in Sutton’s overall stock. This was a real achievement.

The density of the new homes is also pleasing, and on one site, Norman House, we helped to secure permission for a 68% increase in site density. We were also delighted to learn that Sutton Housing Society has been awarded ‘Client of the Year’ by Construction Excellence for its strategic and creative approach to development.

Would the outcome have been different under the new PDR regime? Yes, quite possibly.

On one building, Griffiths Close, a two-storey increase had to be scaled back to one due to its proximity to an adjacent tall church. In my opinion this would most likely now have been permitted, securing a further six homes.

This raises questions around the potential visual impact of two-storey extensions. In my view the extension was suitable for the surroundings, but it cannot be denied that two-storey additions can visually unbalance some buildings, and have a considerable impact on a street scene.

Developers will certainly have to take this into account under a more liberalised planning system, and we’re looking forward to continue working with social and private developers to help them balance the need for quality new homes, with those of existing residents and the local community.