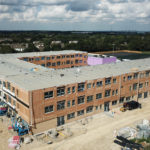 Offsite build of Sir Frederick Gibberd College was completed in just 12 weeks and during the national COVID-19 lockdown. Andy Smith, Head of Business Development at Caledonian, looks at why it’s now time to pass the baton to other sectors.

Even before Coronavirus hit the UK earlier this year, government and industry leaders were calling for faster build schedules to meet the shortage of houses and classrooms. However, it was not until the national COVID lockdown, which resulted in traditional sites being closed, that people realised offsite and modular construction ought to be given even greater prominence in other sectors.

With most traditional sites closed, offsite builds were able to continue in controlled factory environments by following government guidelines. A case in point is Sir Frederick Gibberd College in Harlow, Essex, where production of modules in our Newark factory continued during lockdown.

You know something’s changing when a national newspaper runs the headline; Remarkable time-lapse footage shows secondary school being built in 12 weeks while the rest of us have been on lockdown. The coverage in MailOnline related to the college — perceptions of modular and offsite are indeed changing.

DfE Modular Framework
Sir Frederick Gibberd College is the largest free school ever to be awarded on the DfE Modular Framework. The approach was based on maximising the extent of onsite groundworks prior to the modules arriving on site — foundations were prepared at the same time as making the modules. It knocked around 50% from the total schedule.

The college is a 1,700 place 8FE school with 500 place sixth form. It was undertaken as a full turnkey contract including demolition of the existing Passmore Academy. This is the first project to be allocated by direct award by the DfE through its modular frameworks and the largest free school ever to be awarded. At 12,460m2 it comprises all teaching spaces required to deliver a full through school curriculum as well as a separate sports block available for community use. Manufactured using 198 large 18 by 3.5m modules with factory installed concrete floors, the rooms have a pre-manufactured value (PMV) of 91% with internal fit out and external cladding installed in our factory.

Aesthetically, the design is sympathetic to its surroundings, making use of timber cladding and landscaped grounds, completed as part of a turnkey package. The design for SFGC pays homage to its namesake, Sir Frederick Gibberd, who was known for his softer, ‘modern English’ style of architecture that placed emphasis on the visual aspects of design, reintroducing picturesque principles and using traditional materials.

The completed school has remained true to this by creating a modern building in the ‘international’ design style that would surely receive the approval of Gibberd, one of this country’s best architects. He might well have been doubly pleased that it was constructed using ‘modern’ methods and traditional materials such as timber cladding. 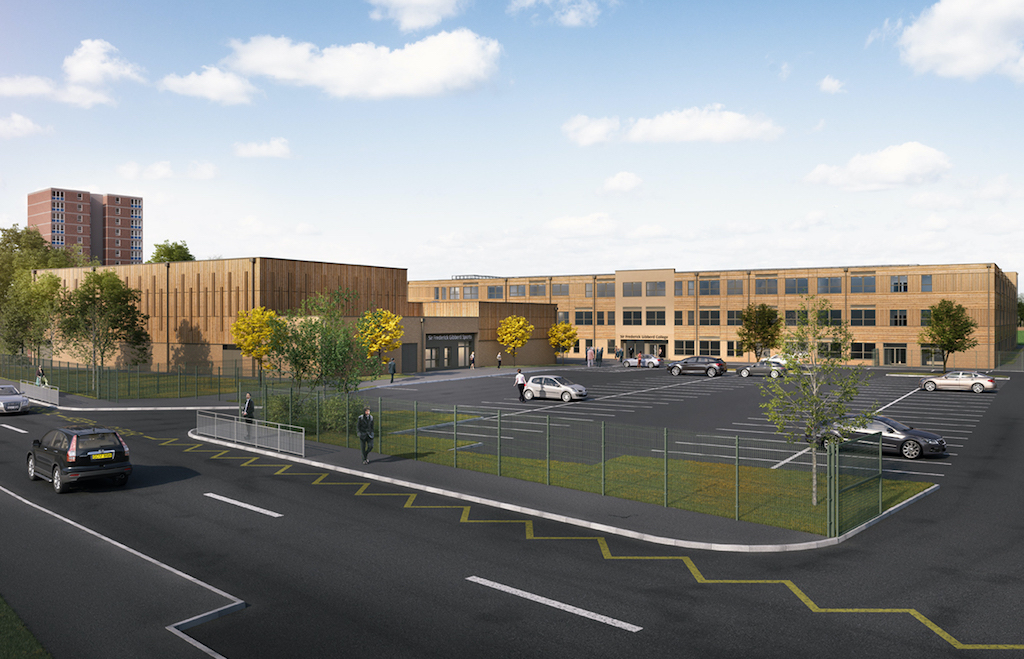 The way forward
Success in completing SFGC on time and in budget was down to several key factors. These can be summarised as: maximising onsite groundworks prior to the modules arriving on site and being able to simultaneously manufacture them offsite. However, the single factor that stands out is that the modules could be made whilst other sites were shut down due to COVID.

The modules were delivered to SFGC and installed with final decorations, floor coverings and furniture completed. This significantly reduced onsite works and disruption to the school and local community whilst maximised quality control and reducing overall project timescales. Cost savings compared to a conventional build were estimated to be in the region of 30-40%, which, on a £29m modular project, is significant.

Manufactured offsite and then assembled onsite also created a safer workplace because it requires less need for working at height. With transportation and trade reduced there is less traffic and noise impact on both the school and the local community. Modular is more economical and better for the environment, too, because there is a dramatic reduction in waste compared to traditional build methods.

Following the Government’s ongoing commitment to favour offsite manufacturing on all publicly funded construction projects going forward, we have seen renewed interest from schools and colleges. This is set against a background of overcrowding, which remains an issue, and LEA’s know they need to extend existing facilities and invest in new schools to accommodate increasing number of pupils.

Several major Frameworks are testament to the fact that offsite and modular construction is now seen as a way of delivering value for money educational buildings. With other sectors such as residential looking for a way forward, now’s the time to pick up the batten from projects such as SFGC and re-think how we deliver new developments in a post COVID world.