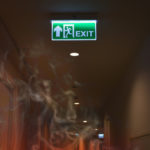 As the UK strives to improve fire safety and building standards, Karen Trigg discusses the pressure on specialised housing landlords and how to keep residents safe.

For housing landlords, providing residents with a safe environment is key. For residents living in specialised settings, such as sheltered housing, extra care and supported living accommodation, fire safety is critical. In fact, landlords and providers of specialised housing and houses of multiple occupancy (HMOs) have a duty of care under the Regulatory Reform (Fire Safety) Order 2005 to ensure that their properties meet all aspects of fire safety compliance.

Vulnerability at night
In 2017, the National Fire Chiefs Council produced a comprehensive guide, titled Fire Safety in Specialised Housing. The guide includes a series of recommendations designed to protect the estimated three quarters of a million residents in specialised housing. Amongst escape routes and warning signs, fire doors are recognised in the document as a major contributing factor to fire safety. For all buildings, fire doors are the first line of defence when a fire does occur, helping to protect premises by preventing or slowing down smoke and fire from spreading.

What’s more, fire doors act as protection for residents when they’re most vulnerable — while sleeping. It’s documented that most fires in the home occur when people are asleep (between the hours of 10pm and 6am). Through compartmentalisation, fire doors are key in providing occupants those extra seconds, and in a building with multiple residents, this can be a huge contributing factor for successful escape. With this in mind, the importance of correct installation and maintenance cannot be understated. Without it, fire doors simply will not function effectively. 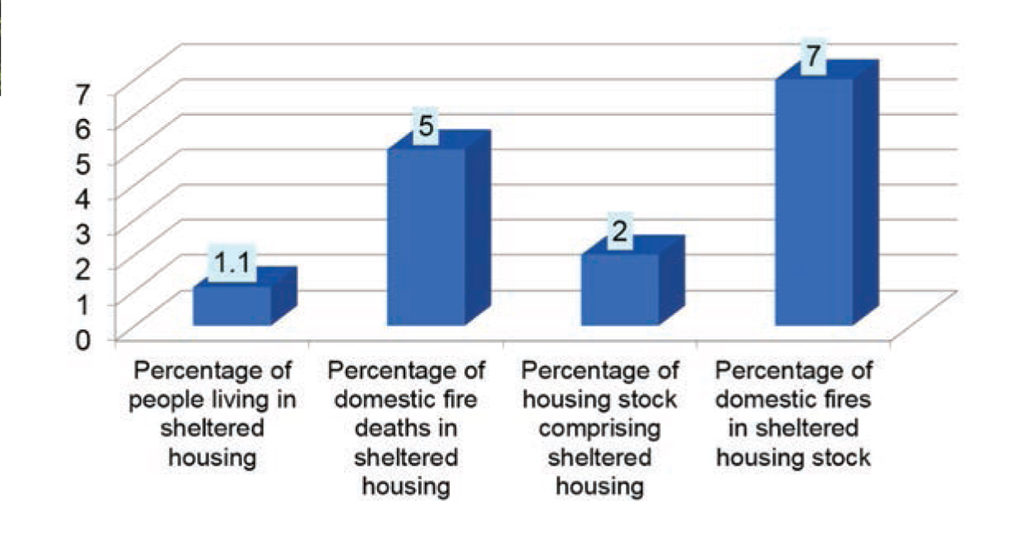 However, all too often, fire doors are the one piece of equipment that is subject to neglect, becoming a secondary concern by landlords and facility managers. In some cases, they are the first item to be downgraded in a specification as a way of saving money. Even if the correct fire door is chosen, they can often be used incorrectly, being left propped open or even locked, and are often badly maintained and damaged.

It’s no surprise to learn that fire door failure is still a prominent problem in many residential settings. In 2015 alone, 58% of all fire door fines were issued to landlords of HMOs in the UK. Adding to this, a recent report led by the Fire Door Inspection Scheme (FDIS) found that 61% of the fire doors inspected had fire or smoke seals missing or were installed incorrectly. At the same time, one in three had gaps of 3mm or more between the door and the frame — making them susceptible to increased fire damage. Failure to meet the stringent regulations associated with fire safety compliance can result in legal action and heavy financial penalties. So why are we seeing this large number of incidents in this sector?

A sound sleep
In order to remain compliant, education is key. It’s now as important as ever for landlords and facility managers as a collective to improve their understanding of fire safety and alleviate the pressure associated with fire safety compliance. When used correctly, fire doors can protect occupants from danger for anywhere between 20 minutes and 120 minutes — depending on the specification of the door. Using what is commonly known as ‘the five-point check’ — checking certification, gaps, seals, hinges and closing mechanics — enables a user to see if a fire door is functioning as it should be. Responsibility lies with the landlord, but any staff should also have a responsibility to report any doors not functioning correctly that are in a HMO or specialised housing facility.

The smallest of changes in a fire door’s function can have detrimental effects. Although landlords have ultimate responsibility for ensuring that fire doors are compliant and fit for purpose, sometimes a full inspection may need to be carried out by a qualified specialist. Should an issue be found with a fire door, it’s important to know that contacting a certified inspector is an option, as opposed to leaving it to chance.

There’s no longer an excuse to leave fire safety to chance. Moreover, there’s no longer a need to lose sleep over fire safety compliance. Begin with the basic checks and seek further advice should it be required. No occupants of specialised housing or HMOs deserve to live in constant concern of fire safety.