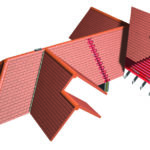 Providing full fire protection from one roof to the next and achieving up to a 60-minute fire rating, it can also be used as a fire barrier in large roofs, or as a fire break in buildings such as schools, care homes and hospitals.

Marley’s Roof Defence system comprises a double intumescent seal, with an inverted T design, that can simply be installed under tiles and between roof battens to close all gaps in the event of fire.

The new product has been developed following separate reports from the BRE and BBC Watchdog, which both raised concerns that some modern homes could have inadequate, incorrectly installed and in some cases no fire barriers. In terraced or semi-detached properties, this increases the risk that fire could spread rapidly through roof voids from one home to the next.

Stuart Nicholson, Roof Systems Director at Marley, explained: “With recent reports about the dangers of concealed fires in roof voids between properties, we’ve received numerous calls from contractors asking for advice on the best method of fire stopping along with questions relating to correct installation. 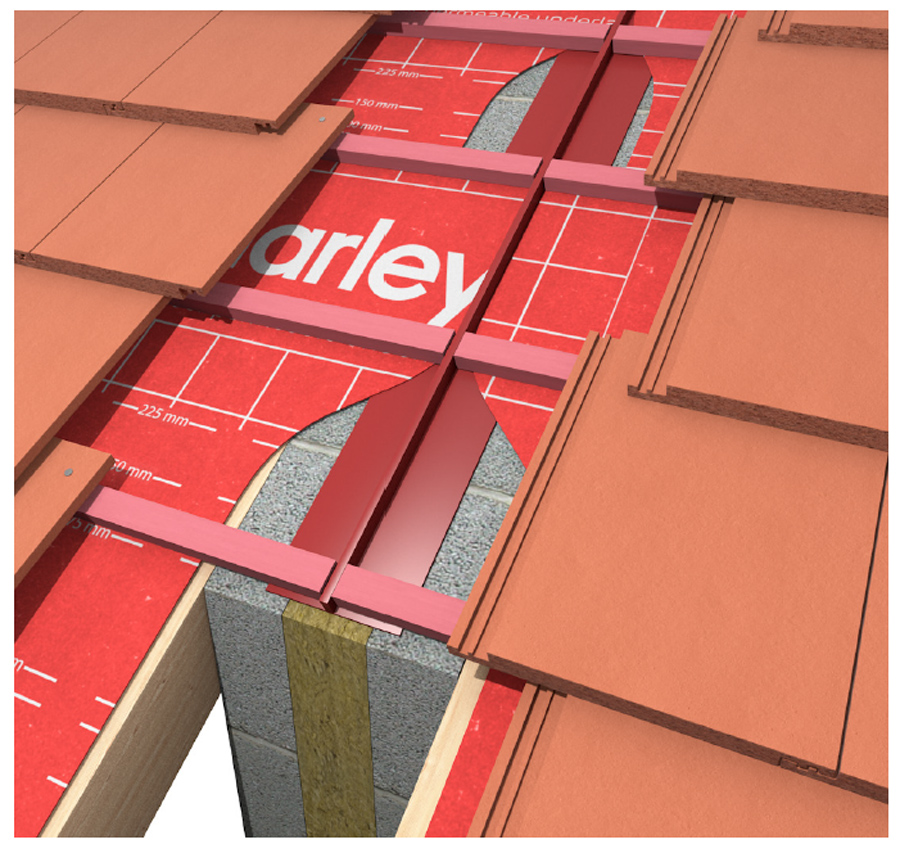 “When compartmentalising a roof for terraced or semi-detached housing, fire stopping is required between the top of the party wall and the roof covering. This is often achieved with a flexible mineral fibre quilt or sock, but a potential fire passage still exists at the line of the roofing battens, above the rafters, which can span across the junction between properties.

“There are fire barriers available on the market to close these gaps but feedback from contractors is that these can be difficult to install in line with the roof tiles, and especially with deep profiled tiles. So, we have designed a new fire barrier product, Roof Defence, with contractors in mind. Not only does it achieve up to 60 minutes of fire protection, giving peace of mind to owners and occupiers, it is simple and easy for contractors to fit — removing any concerns about incorrect installation. Its double intumescent strip and inverted T design also make it much more effective at filling both horizontal and vertical spaces and it doesn’t interfere with the fit of the roof covering.”

Marley’s Roof Defence has outperformed all fire testing requirements and fills every void from the party wall to the bottom tile, meaning smoke and fire cannot pass through.

It features two strips of intumescent material bonded at 90 degrees. When activated by heat, the inverted T intumescent seal expands, filling the space between roofing battens and sealing all gaps under the tiles, slates, and other roofing elements. Roof Defence is supplied on a compact roll for easy storage and handling and is available in 100mm width and 6.3 metre length.

In addition to being installed above party walls between houses, it can also be used to compartmentalise and prevent fire spread in larger roof spaces, such as apartments, hospitals, offices, and schools.

The solution can be purchased as part of a Marley full roof system, backed up with a free 15-year warranty.