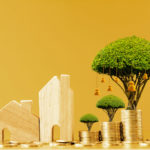 In the same week that the prestigious Stirling Prize for architecture was awarded to a social housing scheme in Norwich, council Treasurers were informed by Treasury that new loans from the Public Works Loans Board would now cost 1% more, on account of local authorities having borrowed more than expected. Matthew Warburton, Policy Advisor at the Association of Retained Council Housing (ARCH) discusses the impact of this on councils.

Last year, Theresa May used the Conservative Party conference in October to announce the abolition of the caps on borrowing on council HRAs, opening the way, as she claimed, for “a new generation of council housing”. At this year’s Party conference, her successor Boris Johnson had nothing to say about council housing, his remarks being largely devoted to Brexit.

In the week following the conference, the media remained almost completely full of Brexit coverage musing the likelihood of a deal before the 31st October deadline, with the result that two housing stories attracted little attention. The first was the announcement that, for the first time in its history, the Stirling Prize for architecture had been awarded to a new council housing scheme in Norwich; the second was the news that, the very same day, the Public Works Loans Board, at the Treasury’s behest, had raised its basic loan rate by a full 1% with immediate effect, blowing a large hole in other councils’ plans to follow Norwich’s example.

The Stirling Prize is an annual award for new architecture launched by the Royal Institute of British Architects in 1996. This is the first time the award has been given for a social housing scheme. The winner is Goldsmith Street, made up of almost 100 ultra-low energy homes built in seven terraced blocks, designed by architects Mikhail Riches and Cathy Hawley for Norwich City Council. The development is built to full Passivhaus standard, which means homes will use very little additional energy for heating or cooking.

The competition judges, Chaired by Julia Barfield, described Goldsmith Street as “a modest masterpiece. It is high-quality architecture in its purest, most environmentally and socially conscious form”. The judges added: “This is proper social housing, over 10 years in the making, delivered by an ambitious and thoughtful council. These desirable, spacious, low-energy properties should be the norm for all council housing.”

Loan cost increase
Shortly before this accolade was delivered, council Treasurers received a letter from the Treasury to inform them that new loans from the Public Works Loans Board would henceforward cost them a full 1% more because local authorities have been borrowing more than expected. The letter notes that local authority borrowing from PWLB is subject to a statutory limit, which the Treasury has had to raise from £85 to £95bn; the increase in interest rates, while presented as a return to pre-2013 policy, is a clear and crude attempt to rein in council borrowing — at the same time as the Chancellor is apparently taking a much more relaxed view of government borrowing as part of his ‘end of austerity’ plans.

The move may be partly motivated by recent concerns, raised in some quarters, about council investments in shopping centres and other commercial real estate, rather than any worries about investment in new council homes. HRA borrowing is likely to represent only a small fraction of new council borrowing. But the crude imposition of a rate increase on all PWLB loans hits all investment regardless of risk or social purpose. The Treasury has left the door ajar for discussions on the impact of the change on local authorities, and it is just possible that it can be persuaded to exempt or reduce the impact on new housing schemes.