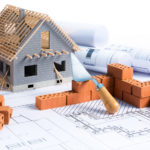 Matthew Warburton, Policy Advisor at the Association of Retained Council Housing (ARCH), looks at the issues surrounding planning and argues that councils need more powers to incentivise developers to build once planning permission has been granted and to be able build themselves should developers’ proposals fail to meet local needs.

The shock result of the Chesham and Amersham by-election in June has left commentators scrambling for explanations. The Conservatives have been riding high in the national polls for some time, and recently celebrated victory in the Hartlepool by-election and in local council results in many parts of the country. So the most popular explanation given for the 25% swing from the Conservatives that secured victory for Liberal Democrat Sarah Green has been to attribute it to local issues, particularly HS2, but also the Government’s proposed reforms to the planning system.

The white paper Planning for the Future, published last summer but containing no evaluation of the impact of COVID on the housing market or building industry, contained several controversial proposals. The one that provoked an immediate backlash in Conservative ranks was the re-imposition of top-down targets for the number of new homes to be provided — particularly given that the proposed formula for calculation of the targets implied a significant increase in new development in many Conservative areas in the South and East. The Government moved quickly to amend the formula to shift more of the new development to urban areas, many of them Labour-held. But opposition to the white paper has persisted, particularly to its central proposal to remove the ability of local residents to challenge individual planning applications, through the introduction of a zoning system.

Questions raised
It is easy to pretend that opposition to this proposal, particularly in the leafy shires, is driven just by NIMBYism. But there are other good reasons to question the white paper proposals. First is to argue that they address the wrong problem. The white paper alleges that the chronic under-supply of housing in most parts of England is down to the failure of planning authorities to identify and make available enough land for housing.

It may — or may not — be true that some local planning authorities have failed to identify land for enough housing to meet future housing needs. However, as the Local Government Association has shown, there is clear evidence that, where land has been identified for housing, developers — large and small — have been too slow in taking up the opportunity to build on it. The LGA analysis suggests that more than a million homes granted planning permission in the last decade have not yet been built, and that land sufficient for a further million homes has been identified in local plans for which developers are yet to submit a planning application.

This is not to argue that the planning system is not in need of reform. However, the White Paper focuses too narrowly on the number of homes that are needed, without adequate attention to why they are needed and who will live in them. In particular, the issue of affordability and the need for more affordable housing is inadequately addressed.

ARCH members are both local planning and local housing authorities, with powers and responsibilities under both planning and housing legislation. In theory, these functions should complement each other to support joined-up and effective action to meet local housing need. Currently they do not.