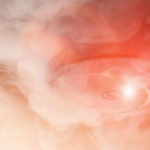 Almost 40% of battery-powered smoke alarms failed to activate in residential fires in England in the past year — a level which has remained virtually unchanged in nearly a decade, the Local Government Association (LGA) reveals.

The LGA, which represents councils and all fire authorities in England and Wales, is urging people to test their smoke alarms regularly, but especially during the run-up to Christmas when festive decorations, candles and lighting pose a potentially greater fire risk.

Industry figures show that one in 10 homes do not have a working smoke alarm, while more than a fifth (22%) of households never test their smoke alarm. This is despite experts calculating that people are around eight times more likely to die in a fire in a home with no working smoke alarm.

The LGA is urging people without a working smoke alarm to buy one and test it regularly to check it is working — and to do this for less able family members and neighbours, changing batteries where necessary to help keep them safe.

It is also advising people to fit more than one smoke detector in their homes, with at least one fitted on the ceiling of every floor.

Cllr Ian Stephens, Chair of the LGA’s Fire Services Management Committee, said: “Smoke alarms are proven life-savers, but these worrying ‘failure’ rates are a reminder to people to test their smoke alarms regularly and change batteries where necessary.

“Smoke alarm ownership has risen over the years to more than 90%, but this encouraging trend is being dangerously undermined if they don’t activate due to faulty batteries. The run-up to the festive season is a timely reminder of the importance of fire safety, but working batteries aren’t just for toys at Christmas — they are needed in smoke alarms all-year round.

“With the increased potential fire risk from Christmas trees, decorations, candles and lighting, and people spending more time using heaters, open fires, and cooking hot food during the colder winter months, anyone without a smoke alarm should buy and fit one as soon as possible. They should also check the alarms of less able family members and those on their own — it may save their life.

“Many fire and rescue services can fit smoke detectors for free as part of a home fire safety visit.”

Case studies
A pensioner and his border collie dog were found dead four days after a fire at a home in Cheddleton, Staffordshire. There were no working smoke alarms in the house. Staffordshire Fire and Rescue Service said the fire was most likely caused by an armchair near an open fire. The fireguard was on the other side of the room.

Three people, including a woman who had become trapped, needed hospital treatment after a house fire in Basildon. Essex County Fire and Rescue Service said the house had no smoke alarms, meaning there was a delay in the fire being discovered and the fire service being called out.

Firefighters say a family was lucky to escape unharmed after a bedroom fire at a home in Nuneaton. Warwickshire Fire and Rescue Service said there were no working smoke alarms in the property and continue to reassure home owners that owning, testing and where necessary, replacing smoke alarm batteries is still the best practice. Smoke alarm advice is available at www.warwickshire.gov.uk/smokealarms.