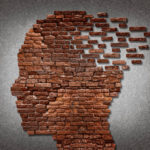 Mates in Mind calls on industry leaders and government to take immediate action to improve workplace mental health. A recent survey conducted by UK Construction Week, with support from Mates in Mind charity, has found that six out of 10 workers in construction have suffered mental ill health because of their work.

Mates in Mind is now calling on industry leaders and government to be more considered and consistent if they want to achieve meaningful improvement within the workplace.

This has never been more important in the fight to address the high rate of suicide within the UK construction industry. Construction is a sector in which the impacts of mental ill health and suicide are particularly prominent, with alarming reports showing that within the industry, two workers take their own life every working day.

This year’s theme focuses on suicide prevention. According to The Office of National Statistics, in 2018 there was a rise in the number of deaths by suicide with 6,507 recorded — the highest level since 2002.

James Rudoni, Managing Director, Mates in Mind said: “We are deeply concerned to see a rise in this figure, despite the attention that has been given to suicide prevention and increased awareness of mental health in recent years.

“The work that Mates in Mind is doing to further raise awareness, address the stigma and improve mental wellbeing throughout workplaces across construction and associated industries, continues unabated. And over the last three years, this interest hasn’t dropped off, in fact just the opposite.

“A significant part of the work that we do is to provide real understanding and clarity around the issue of mental health. Signposting and supporting organisations to deliver the right support for their workforce. It is vital that organisations realise that this requires them to listen, encourage and support employees, rather than simply running short-term awareness campaign or one-off training.

“We are seeing the evidence from an increasing number of our Supporter organisations that taking a ‘whole organisation’ approach is having both quantifiable and qualitative impact. Amongst the benefits we are witnessing are improved sickness absence rates, improved staff retention rates and more engaged workforces. For example, in the last two years, Tideway has reported a 12% rise in the number of staff who felt that they could approach their boss with a mental health problem — up from 64% in 2017 to 76% in 2018. A similar increase was reported in RSE Building Services, an SME firm, where they reported a nine per cent rise in staff feeling supported in relation to mental health — up from 66% in 2018 to 75% in 2019.

“It is important to create space to talk about mental health at work, and through improved awareness, increase individual’s understandings of how and where they can get support. That is why we are so pleased to be a partner supporting Public Health England’s campaign Every Mind Matters — enabling individuals to understand and better manage their own mental health.

“But the fact remains, employers, must do more to ensure that the environments in which their workers are operating are improved to sustain an individual’s mental wellbeing, and in turn their businesses overall.”

Interested in mental health? Why not also read our post about the RTPI’s new online training resource to help planners better understand the link between good planning and mental health. Click here.