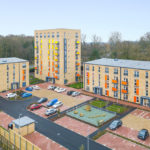 A new development providing 87 affordable homes for rent in Hemel Hempstead has been unveiled by Hightown Housing Association.

Councillor Terry Douris, Mayor of Dacorum, officially declared the homes open along with the Chair and Chief Executive of Hightown at a special ribbon-cutting event on Thursday 9th January. Guests included Councillors and staff from Dacorum Borough Council; residents, staff and Board members from Hightown; plus contractors, and consultants involved in the development. 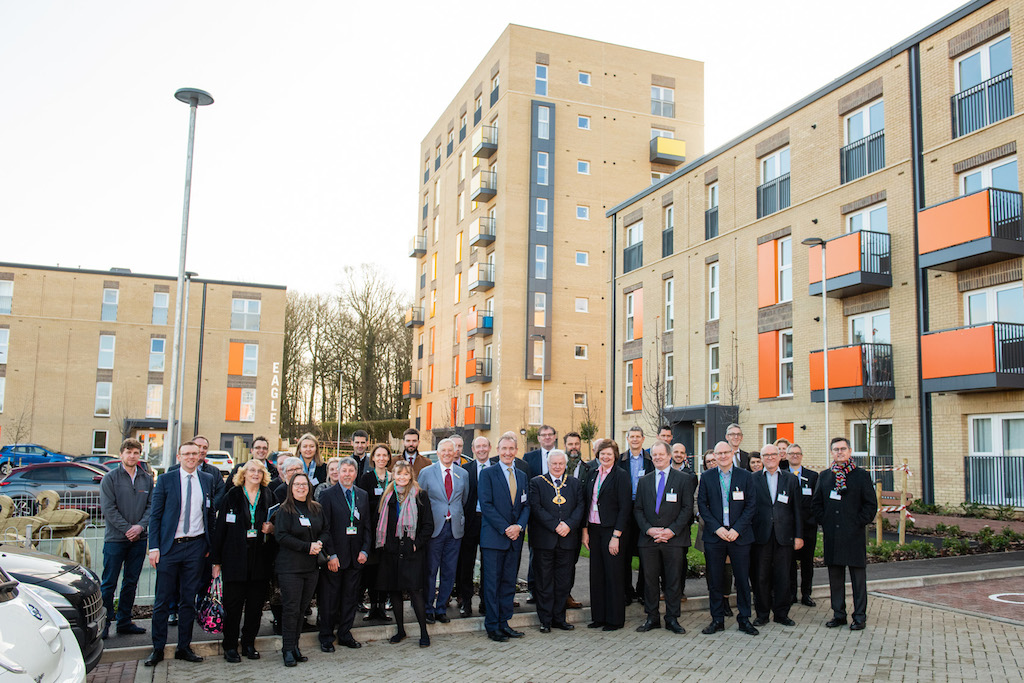 47 of the homes have been allocated to residents who were on the local authority’s waiting list and the remaining 40 to local people for intermediate rent, which will help residents saving up for a deposit as rent is set at 80% of the market rate.

Peregrine Close is located between Redbourn Road and Swallowdale Lane, with easy access to the town centre by public transport or a short drive to the motorway and surrounding areas such as St Albans. A cycle and footpath also links to the cycle path along the former railway line, known as ‘The Nicky’.

The development was constructed by contractors Thomas Sinden, and the architects were PRP.

The land was formerly an office block known as Viking House. It was bought by Hightown in 2014.

“We are most grateful for the support we have received from Dacorum Borough Council for this development including grant funding. I would also like to extend my thanks to all those who have been involved in this project for their hard work.”

Graeme Sinden, Director of Thomas Sinden, commented: “We are delighted to have worked with Hightown Housing Association to transform the former Viking House site into much needed high quality affordable housing in Hemel Hempstead. This was an important scheme for us and we are pleased to see local residents already enjoying their brand new homes.”