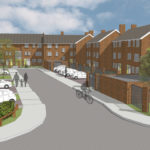 Liverpool based placemaking and engagement specialist We Make Places has a long-term ambition to help redefine community involvement, and in particular the role that existing communities play in shaping planning applications. CEO Kate Stewart explains how this was, and crucially still is, being done at Sutton Way, an estate in Ellesmere Port, Cheshire.

In August 2018, the Government launched its Green Paper: ‘A new deal for social housing’, a four-pronged approach to ‘ensure our social homes are safe and decent, that issues are resolved and residents’ voices are heard.’ 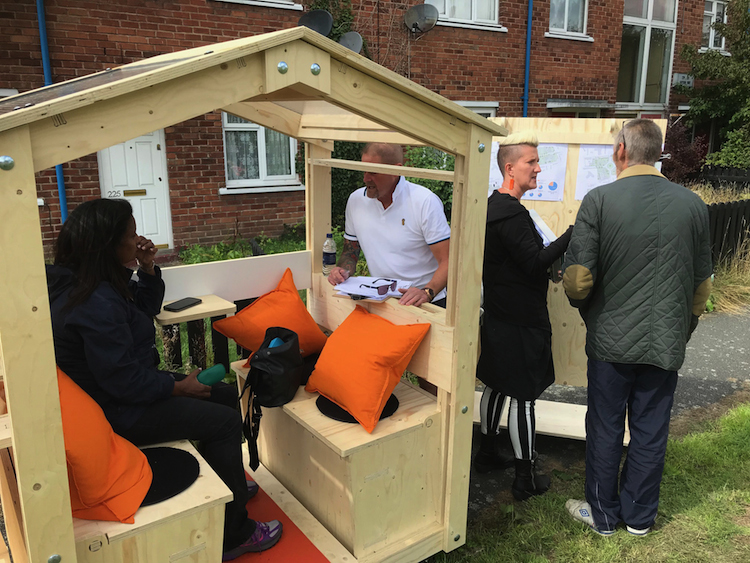 Finding a new solution
In early 2018, We Make Places won a competitive tender with Cheshire West & Chester Council (CWAC) and ForHousing, which manages 5,500 homes in the area and were planning to regenerate the area. The client had recognised that a high proportion of residents on Sutton Way were getting harder to reach via the usual, day-to-day correspondence and that this ‘breakdown’ had to be addressed.

The brief was to facilitate meaningful engagement with as many residents as possible, not just as part of a planning and regeneration process, but to also deliver positive and lasting change.

The proposed plans called for partial demolition of three blocks (45 of the 372 flats on the estate), the renovation of the other seven blocks, plus the construction of 16 new two-bed homes.

We made it very clear in our tender that our level of engagement goes way beyond what might be considered the norm. This was a founding principle when we set up the social enterprise in 2014, and it’s really positive that the Government has finally recognised that existing communities have to be listened to, even if what they say is sometimes difficult to hear.

We see the placemaking element of the Green Paper as a real validation of what we deliver every day as a business, and that we’re on the right track moving forward.

Everyone who works at We Make Places has a built environment background, so we approached this project both from both a development and community perspective. We’re realistic.

We’ve always said: you can build houses, but it’s the community that makes them homes; changing people’s lives takes more than just refurbishing the blocks, and despite initial perceptions, we found that strong pockets of community existed in Sutton Way. These needed to be nurtured and not lost moving forward. That’s what makes neighbourhoods sustainable. 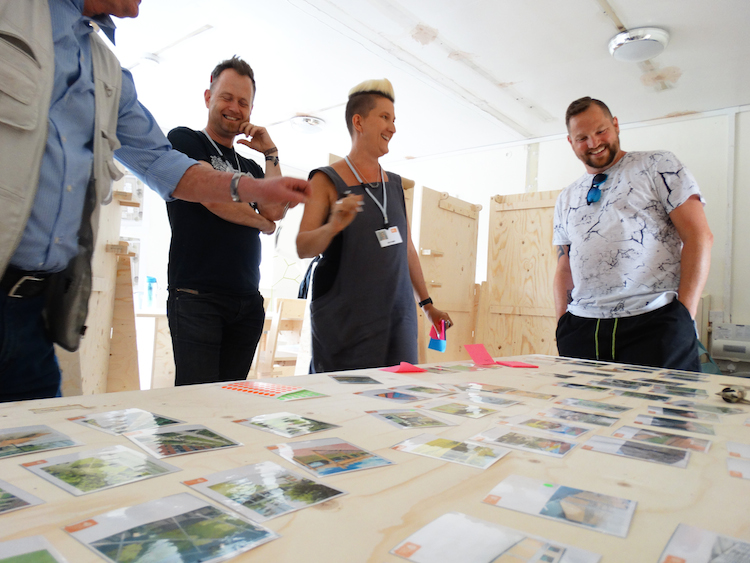 Change for change
It was clear that Sutton Way needed change, with many problems stemming from a high turnover of residents, resulting in isolation and antisocial behaviour. But the proposed development had to take the community with it.

“Usual methods of engagement were not working,” explains Alison Amesbury, Strategic Housing & Commissioning Manager for CWCC. “We’d attempted a multi-agency approach to gather community feedback in 2016/17 as part of a regeneration plan, but there were very low levels of engagement.

“People didn’t want to talk to us. We clearly needed a new approach from new faces to break down barriers.”
We went to great lengths to ensure residents understood we were completely independent of other agencies, making residents more willing to open up and disclose things to us.

We Make Places created a conversation and meeting space where residents could confidentially discuss the proposals. The proposed redevelopment was a lot for people to take in, particularly those set to potentially lose their homes. We knew they wouldn’t come to us, we had to go to them.

We had a policy of knocking on every door at least three times and distributing open invitations to drop-in to the conversation space. It quickly became clear there were significant social and mental health challenges in the area, and we worked with CWAC, ForHousing and other local partners to present opportunities for individuals and develop new community based activities.

We made it clear from the outset, once issues were identified action had to be taken or risk further alienating the community and thankfully both clients bought into this with us. I’m pleased to say that We Make Places gained meaningful feedback from more than 35% of residents targeted — the usual anticipated rate is 10%. This is achieved by going much further than the usual community centre style consultation and achieving in-depth engagement.

By the start of 2019, the development plans were submitted to planning, and We Make Places continued its engagement with ‘Meet Up Mondays’ drop-in-sessions, and is about to launch arts and social history projects and an Urban Workbench programme. 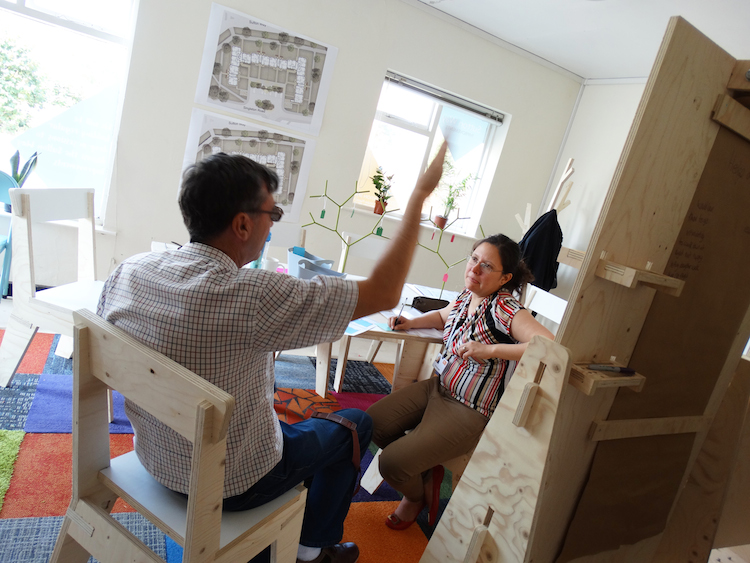 Not just ‘another job’
Nicola Bott, Strategic Lead for Development Delivery at ForHousing, was impressed with We Make Place’s innovative approach: “One of ForHousing’s priorities was to put tenant led, meaningful engagement at the heart of the Sutton Way project, and ensure that design decisions truly reflected the change desired by the existing community.

“Coupled with that was the need to create a sense of community, and find new ways to solve the social issues that we found to be prevalent within the blocks.

“To achieve this we understood that engagement couldn’t be a ‘tick-box’ exercise undertaken just to achieve planning, but an ongoing process to really get to the heart of what mattered to people.

“We Make Places interpreted the brief perfectly, and understood exactly what was required for this project to be a success. They ensured that this was not a usual pre-planning consultation exercise, and that meaningful engagement was central to underpinning the tenant journey.

“This project was far from just ‘another job’ — it had genuine heart. People’s stories were listened to, while complex issues were acknowledged and understood, allowing for new relationships and trust to be built.

“This was about more than bricks and mortar, it was about creating solutions to entrenched problems, through design and place making, and solving some of the underlying health and wellbeing issues.”

We Make Places is working to establish a new norm for planning application and regeneration engagement, so we’re delighted with the results. We’re also pleased that the work hasn’t ended at the planning stage.

Kate Stewart is CEO of We Make Places

0 0 0 0
Previous : J Tomlinson wins contract to deliver improvements to homes in the North
Next : Wates Facilities Management – A new presence in FM