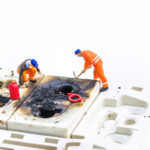 The safety of hospital patients, those in care and the residents of high-rise buildings could still be at risk if those who work in higher-risk premises lack the necessary experience-based qualifications and competency, says ECA.

In its response to the Government’s ‘Building A Safer Future’ consultation, leading trade body ECA has broadly agreed with the proposal for an ‘overarching competence framework’ for those who work on and in higher risk buildings.

However, ECA also said this new framework must reinforce and extend experienced-based qualifications. Without doing so, ECA argues that electrical and other installations in higher risk residential buildings could pose an unacceptable risk of electrocution and fire.

In its response, ECA underlined that for a competence-based qualification system to ensure safety and quality in the higher risk premises, all workers should undertake a suitable apprenticeship as a minimum. Alternative, comparable qualification routes should also be provided for existing, experienced workers.

ECA Technical Director Mike Smith commented: “ECA fully supports moves to ensure that those who work in higher risk premises are suitably competent to do so, notably in the electrical and wider engineering services workforce.

“However, regulated competence-based qualifications, including apprenticeships, are fundamental to ensuring that installation and maintenance work delivers fire and electrical safety. Without this essential foundation, the residents of high-rise buildings and hospitals will remain at risk.”

ECA has also warned against the current reliance, notably in the domestic consumer market, on short, classroom-based courses, which are being marketed as offering a fast track into competence.

Mike added: “These short courses seriously undermine the take up of apprenticeships in the industry. Furthermore, their continued existence undermines calls from Dame Judith Hackitt and the Government to ensure that the public is properly protected from fire risks in high-rise buildings.”

Photo by Rui Neves from Pexels