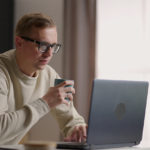 A new report by Demos, commissioned and supported by housing association Stonewater, shows that low-paid workers’ experiences of home working have generally been positive, but that there are some challenges that need to be overcome.

The report, published on the 8th December 2021, highlights that the increase in homeworking after the pandemic is largely seen as a positive trend by workers, including low-paid workers, despite mixed messaging from the Government about its future.

With winter coming and energy bills rising, the fact that 60% of homeworkers say they are spending more on gas and electricity than they would have if they were working in an office suggests that without intervention from government and employers many low-paid homeworkers will face increasing financial pressure in the coming months.

The report sets out several recommendations to government and employers to ensure that low-paid homeworkers do not incur additional costs — including that employers should support their employees with additional energy, internet or equipment costs incurred by having to work from home.

This includes a number of recommendations that would have a particular benefit to the social housing sector: 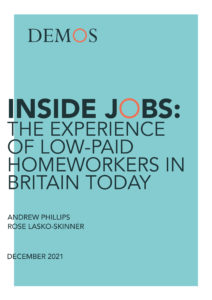 Nicholas Harris, Chief Executive Officer of Stonewater, said: “We recognise that the way we work has shifted for many and it is unlikely that we will ever go back. As a housing association, we want to make sure that we are as responsive as we can be to the future needs of our customers, ensuring the homes we provide are places where customers can thrive.

“New ways of working present a significant opportunity with where you live becoming less of a factor about the type of work you can access. We are in a unique position to examine the impact of new ways of working, speaking directly to colleagues and customers up and down the country, who may be adjusting to significant changes in the way they work or possibly facing barriers in accessing new opportunities.

“While the shift to homeworking presents many possibilities it also presents challenges, particularly for low-paid employees who might face increased costs and/or lack the provision, connectivity and space to work from home. It is also the case that many low-paid workers will not be able to work from home at the moment. We hope that the recommendations in this report will help to overcome these challenges, making sure everyone has the same opportunity to thrive as we adjust to a new normal.

“Demos’ work will help Stonewater and other employers to support their workers, and we are delighted that this report sets a clear direction for the future of working, and how we can ensure that our customers and those on lower incomes have the opportunity to see the benefits of homeworking that many higher earners have.”

Ben Glover, Deputy Research Director at Demos said: “The Covid-19 pandemic has transformed the way that many of us work. Much of the focus has been on better-paid home workers, overlooking the experiences of low-paid homeworkers who may continue to work from home for the long-term.

Low-paid homeworkers told us they overwhelmingly welcome the shift to remote work. But there are some specific challenges that need addressing: working from home is more likely to cost low-paid workers than others, for example.

What’s more, too few low-paid workers are able to work from home. That’s why we are calling on the government to make employment contracts flexible by default — a first step to widening access to homeworking.”

Key benefits of working from home identified by the report include that:

However, it also uncovers some important challenges that must be overcome. These include:

The report, ‘Inside Jobs: The experience of low-paid homeworkers in Britain today’, by Andrew Phillips (Demos), is available to download here https://demos.co.uk/project/inside-jobs/.