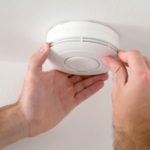 The Government has announced a £30m fund to help end the scandal of excessive waking watch costs, as part of a further move to support thousands of residents in high-rise buildings.

The new Waking Watch Relief Fund will pay for the installation of fire alarm systems in high-rise buildings with cladding, removing or reducing the need for costly interim safety measures such as ‘waking watch’.

The National Fire Chiefs Council have been clear in recent guidance that building owners should move to install common fire alarm systems as quickly as possible to reduce or remove dependence on waking watches.

The steps today will help worried leaseholders who may have faced high costs for interim safety measures by providing financial support and delivering a better, long term fire safety system in their buildings.

Some buildings have already installed these systems due to the significant savings this offers, with leaseholders in those buildings, who on average were paying £137 per month for a waking watch, expected to collectively save over £3m per month.

The same research shows the wide range in costs faced by leaseholders and evidence of disproportionate charges — the Housing Secretary Robert Jenrick is writing to Trading Standards asking them to use their powers to investigate.

The fund will open in January, but will also provide immediate, emergency support to Wicker Riverside Apartments in Sheffield to ensure that the 35 recently evacuated families should be able to return to their homes before Christmas.

A six-month extension to the deadline for building owners to complete their applications to the £1bn Building Safety Fund has also been announced — with a new deadline for submissions of 30th June 2021.

This means hundreds more buildings will be remediated and thousands of leasehold residents will be protected from costs. Progress is being made on current applications with many more expected to be agreed before Christmas.

“I’m announcing today a £30m Waking Watch Relief Fund to help relieve the financial pressure on those residents and to ensure they are safe. I’m confident that this will make a real difference to worried leaseholders up and down the country this Christmas.

“We have continued to prioritise the removal of unsafe ACM cladding throughout the pandemic and expect around 95% of remediation work will have been completed or be underway by the end of this year.”

National Fire Chiefs Council Chair, Roy Wilsher said: “We welcome this new Waking Watch Relief Fund, which will help to reduce the financial burden for some leaseholders having to fund the costs of waking watches. It has been our firm and long held expectation that building owners should move to install common fire alarms as quickly as possible and this funding is a positive step.

Building Safety Minister Lord Greenhalgh added: “Our priority is making sure people are safer in their homes and we are working tirelessly to make this happen. The measures announced build on our commitment, which will be enshrined in law through our Building Safety Bill, to improve the safety of buildings across the country.

“Building owners are responsible for making sure that their buildings, and the people who live in them, are safe. We continue to actively pursue them to encourage swift action and have supported this with £1.6bn in government funding.”

This builds on steps the government has already made to support leaseholders including securing an agreement that owners of flats in buildings without cladding do not need an EWS1 form to sell or re-mortgage their property — benefitting nearly 450,000 homeowners.

These measures are part of the Government’s commitment to improve the safety of buildings across the country, which will be enshrined in law through the Building Safety Bill in 2021.

More funding needed to remediate buildings with dangerous cladding
Responding to the Government’s announcement of a £30m Waking Watch Relief Fund to pay for the installation of fire alarms in high-rise buildings with cladding, Lord Porter, Building Safety Spokesman for the Local Government Association, said: “This fund is good news to help address the ongoing costs to leaseholders of waking watches and reflects what the LGA has long-called for.

“We are also pleased that the Government has extended the deadline for applications to the Building Safety Fund to ensure more eligible buildings can remove unsafe cladding.

“However, it does not alter the fact that the funding announced to remediate buildings with dangerous cladding remains too small to cover the number of buildings affected and help more leaseholders who are utterly blameless for this issue.

“The Government needs to meet up-front remediation costs and then pursue those responsible in the courts.”

0 0 0 0
Previous : Higgins Partnerships works with My Yard to set up Food Hub for the local community
Next : Project to help the unemployed into the construction sector wins £20,000 Mowlem Award