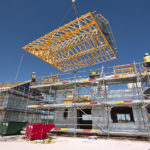 Special Report | Now is the time for net zero 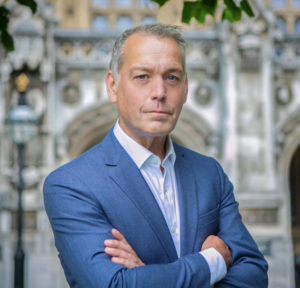 David Warburton, MP for Somerton and Frome, and Chair of the All Party Parliamentary Group (APPG) for the Timber Industries, explains why it is essential to accelerate the drive for net zero and how increased use of timber in construction can help.

Climate change is now one of the most pressing issues we face. Without effective action to limit our impact on the natural world, extreme weather in the form of storms, droughts and heat waves will only become more common. In August this year, the Intergovernmental Panel on Climate Change (IPCC) issued a stark warning that unless ‘immediate, rapid and large-scale reductions in greenhouse gas emissions’ are achieved it may not be possible to limit global temperature rises to the critical 1.5˚C to 2˚C range. Also, the Climate Change Committee (CCC) stated that the UK’s strategy for climate resilience is not currently able to cope with the effects of increased temperatures, rising sea levels and extreme weather events.

The UK has committed to achieving net zero by 2050 and set the world’s most ambitious legally binding target to cut emissions by 78% by 2035 compared to 1990 levels. While achieving this target will require innovations and new approaches, there are changes that can be made immediately to accelerate reductions in carbon emissions — especially in the built environment.

It is estimated that the built environment is responsible for nearly half of the UK’s carbon emissions and the initial embodied carbon (the total amount of greenhouse gas associated with production of materials and the construction process) can account for as much as 30% of this.

The Net Zero Now campaign launched by the Confederation of Timber Industries (CTI) earlier this year outlines the benefits of scaling up the use of timber in construction to immediately begin achieving on-going carbon reductions.

The environmental case for timber
Timber is a naturally low carbon material due to the fact that trees absorb and store CO2 while they are growing. In fact, for every cubic metre of timber used in construction, 0.9 tonnes of CO2e is sequestered and stored for the lifetime of the building. The embodied carbon emissions can account for up to 75% of a building’s total emissions over its lifespan. Therefore, adopting low carbon materials and techniques allows a significant reduction in the carbon footprint of new buildings.

The CCC estimates that using timber frame to build the 270,000 homes required per year in England would mean three million metric tonnes of CO2e could be absorbed and stored each year — the equivalent of removing 648,131 cars from the roads. Making this relatively small change to how homes are built will reduce the embodied carbon emissions of each property by 20%. This demonstrates that there is scope to utilise a larger proportion of low carbon materials and achieve greater carbon savings.

While timber frame homes are currently less common in England, in Scotland it is the go-to method for new homes. The National House Building Council (NHBC) reports that timber frame was is used in around 92% of new homes in Scotland, but only 30% of new homes in Northern Ireland, 22% in Wales and 9% in England. It would only require the other nations of the UK to follow the example set in Scotland for the type of CO2 savings that the CCC outlines to be made.

Existing capacity
Furthermore, the Structural Timber Association (STA) estimates that there is existing capacity within the UK timber frame-manufacturing base to double the output and reach 100,000 or more timber frame houses per year. With investment in this established and thriving industry, the UK could achieve the levels of production required.

In addition to timber frame homes, scaling up the use of timber in other buildings such as schools, hospitals, leisure facilities and mid and high-rise residential buildings can facilitate significant carbon reductions. A report commissioned by the CCC revealed that using cross-laminated structural timber instead of concrete reduces embodied carbon emissions by around 60%.

Climate mitigation
Finally, increasing the use of wood, therefore expanding the demand for commercial timber, immediately also has benefits. A recently published study found that a forest planted today will achieve 20% more mitigation by 2050 than one planted in five years’ time. The findings also suggest that a new commercial forest can achieve 269% greater climate change mitigation over a 100-year span when compared with a newly planted semi-natural forest.

The speed of climate change means it is now an issue that requires an immediate response. While the UK’s commitment to reach net zero by 2050 and the planned future policy changes are important, there are clear benefits to accelerating the reduction of greenhouse gas emissions where possible. Timber is tried and trusted, low carbon material, the use of which can be scaled up rapidly in the coming years. It also represents an area where the public sector can lead the way and make a real difference.