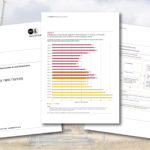 Government will fail to solve the housing crisis unless radical changes are made to the planning process. The National Audit Office has released a new report — Planning for new homes — which asserts government’s planning system is unable to demonstrate it’s meeting housing demand effectively. LABM garners opinion from across the sector.

The Ministry of Housing, Communities & Local Government (Department) aims to support the delivery of 300,000 new homes per year from the mid-2020s. To increase supply, it has implemented reforms to the planning system to help local authorities in England determine how many, where and what type of new homes should be built.

As of December 2018, only 44% of local authorities had an up-to-date local plan setting out their strategies for meeting the need for new homes, despite it being a legislative requirement. If a local authority cannot show it has a five-year supply of land for housing, developers have greater freedoms to build where they want, risking ill-suited developments. As of November 2018, the Department had only challenged 15 local authorities that do not have an up-to-date plan.

The systems to get developers to contribute to infrastructure costs are not working effectively, with developers successfully renegotiating initially agreed contributions on the basis they will be unable to maintain profit margins. Contributions agreed with developers slightly decreased between 2011-12 and 2016-17, despite house prices in England increasing by 31% and profit margins of top developers increasing. If developers do not contribute, the result is either less infrastructure is built, or local authorities or central government must pay more. The Department is introducing reforms in this area, but some will not take effect for several years.

The Department reports that local authorities are increasingly processing planning applications within target timescales, but this might reflect a greater use of time extensions rather than increased efficiency. The Planning Inspectorate is slow to determine appeals from developers whose applications have been refused and acknowledges its performance is unacceptable. The time it took to determine an appeal increased from 30 weeks to 38 weeks between 2013-14 and 2017-18.

Spend on planning
Total spending by local authorities on planning functions, such as processing planning applications, fell 15% in real terms between 2010-11 and 2017-18. The Department has attempted to deal with a shortage of planning staff in local authorities, for example by funding a bursary scheme, but it does not know the extent of the skills gap as it lacks comprehensive data. The Planning Inspectorate has struggled to recruit, experiencing a 13% fall in staff between 2010 and 2018.

The Department’s National Planning Policy Framework, published in July 2018, is an important step in planning policy but it is too early to tell whether the changes it introduces will be effective. Alongside this framework, the Department needs to regularly monitor the gap between its ambition for 300,000 new homes and what is being planned. It needs to work with local authorities and other government departments to ensure that infrastructure is delivered more effectively, and work with industry bodies to conduct research into the skills gaps in local authorities’ planning teams.

Amyas Morse, Head of the NAO, said: “For many years, the supply of new homes has failed to meet demand. From the flawed method for assessing the number of homes required, to the failure to ensure developers contribute fairly for infrastructure, it is clear the planning system is not working well. The government needs to take this much more seriously and ensure its new planning policies bring about the change that is needed.” 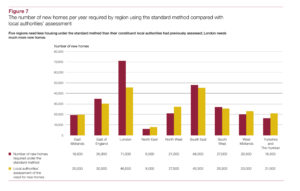 More planning resources needed
The Royal Town Planning Institute is renewing its call for more resources for planning in light of the NAO report. The RTPI welcomes the findings of the Planning for new homes report. It flags up many critical issues the Government needs to address to maximise the ability of the planning system and planners to help deliver its housing targets. This includes highlighting the fall in spending by local authorities on planning functions and the current skills shortages in local authority planning teams.

Sue Manns FRTPI, RTPI Vice-President, said: “The RTPI has long campaigned for the Government to adequately resource local authority planning teams to deliver local plans and help deliver its targets for quality homes and infrastructure. Our own report published last week — Serving the public interest? The reorganisation of planning services in an era of reluctant outsourcing — found that under-resourcing, coupled with reforms that have lessened planning’s strategic role, have relegated planning to a largely reactive, regulatory function in many local authorities, undermining planners’ ability to deploy professional discretion and proactive planning.

“This is further underlined by today’s report by the NAO that core funding for planning functions in local authorities has fallen by a whopping 37.9% in the past seven years. The fact that spending has only dropped by 15% is a testament to the planners themselves who have raised significantly more direct income to help plug the gap. There is a huge resourcing issue.

“The RTPI has been taking measures to diversify and increase talent coming into planning through a number of initiatives including government-supported bursaries, and later this year we will be launching a Chartered town planning apprenticeship. We also support the NAO findings that the government needs to continue to work closely with industry bodies to identify skills gaps in local authorities. However, filling those gaps will require resources.”

Victoria Hills MRTPI, RTPI Chief Executive, added: “We welcome the NAO’s findings that to create new homes and places for people to live, infrastructure such as transport, healthcare, schools and utilities must be in place. This will require government departments to align their investment strategies with local authorities’ infrastructure plans.

“It is also why we are calling for Chief Planners to be represented at the highest decision-making levels of local government — our research showed that shockingly 83% of local authorities are now without a chief planner at the top table. Their reinstatement would be an important step towards providing the necessary join up between investment strategies at local government level. We were delighted that the Secretary of State for Housing, Communities and Local Government endorsed this view in his speech at one of our recent events.”

“Councils are committed to ensuring homes are built where they are needed, are affordable, of high-quality and supported by adequate infrastructure and services, but it is vital that they have an oversight of local developments.

“We remain clear that the Government’s housing needs formula does not take into account the complexity and unique needs of local housing markets, which vary significantly from place to place, and imposes unfair and undeliverable targets on communities. This risks leading to a housebuilding free-for-all, which will bypass the needs of local communities and could damage public trust in the planning system.

“By lifting the housing borrowing cap the Government has accepted our argument that councils must play a leading role in solving our national housing shortage. With hundreds of thousands of homes in England with planning permission but yet to be built, it also needs to give councils powers to make sure developers build out approved homes in a timely fashion, and use the Spending Review to adequately fund planning departments and allow them to set planning fees locally so they can cover the cost of processing applications.”

Planning reform to deliver more homes
The National Audit Office (NAO) has confirmed that the Government will fail to solve the housing crisis unless radical changes to the planning process are made. The NAO says that the planning system is underperforming because councils use outdated information to calculate how many new homes they need to build. At best, continuing the use this outdated data will only deliver 250,000 homes a year.

Housing Minister Kit Malthouse MP recognised the challenges but stressed, “over the last three decades, governments of all stripes have built too few homes of all types.”

The National Federation of Builders believes the NAO is right to point out that government cannot hope to build 300,000 new homes every year without reforming the planning process. However, when considering the reasons why we are not building enough homes, the NFB feels the NAO does not tell the whole story.

The Government needs to do three things in order to build enough new homes:

Richard Beresford, Chief Executive of the NFB, said: “We cannot build 820 new homes every day unless we are realistic about demand. Decades of failure are no excuse. We need action, not reviews. The Government must learn from Homes England’s experiences.”

Rico Wojtulewicz, Head of Housing and Planning Policy at the House Builders Association (HBA), added: “Even if we correctly assess demand, unless we allocate deliverable sites and grant permissions, shovels won’t get into the ground. We have tinkered for years, it’s time for the Government to get real and actually reform the entire planning process.”

Matt Thomson, Head of Planning at the Campaign to Protect Rural England, commented: “To deliver the right types and number of homes that communities need, in the places where they are needed, it is essential that our planning system delivers. But for too long, our countryside, local councils and their communities have been let down by a failing system that prioritises delivering abstract housing targets over building homes that the people who need them can afford to live in.

“With more than half of all councils struggling to provide an up-to-date local plan, this report echoes CPRE’s analysis. Local plans are crucial if we are to get the right housing built with the support of local communities, but the current planning system embeds the principle that if developers fail to deliver, the local plan is declared invalid.”