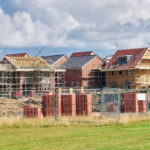 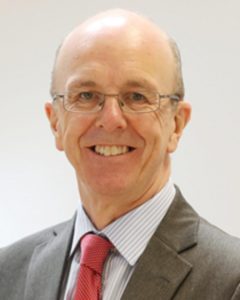 The announcement of additional affordable homes funding is a welcome encouragement to the social housing industry. Nick Worman, Social Housing Expert and Associate at national property consultancy Bruton Knowles, reflects on why this is surely going to help the sector take a positive step in the right direction.

With the Government setting an ambitious target to build 300,000 homes a year back in 2017, a dark cloud has hung heavily over the affordable home sector for some time. Housing associations and developers have been left with an ambitious but hard to reach target.

The target had been met with heavy criticism by the social housing industry when first announced as the sector had been dealing with substantial cuts over the last five years. The Government, as a result, has been under significant pressure to support housing associations and find a solution to help put social housing back on track.

Whilst this initiative had already been operating for some time, the latest announcement was the next step in helping to solve the housing crisis. In a nutshell, housing associations can apply for a share of the £3bn from the Government to build new homes. This will ultimately reduce the interest cost and burden of borrowing from banks for housing associations.

A scheme and financial backing of this size can only be seen as positive as housing associations now have the support to move forward with their housing plans. It has the ability to unlock the potential to build 30,000 new homes.

It also comes on the back of other positive initiatives including confirmation that, following four years of rent cuts, social rents will now revert to their previously established norm of CPI plus increases for at least five years. As a result, this will increase the financial capacity of registered providers to undertake more challenging developments.

Furthermore, the Housing Infrastructure Fund, which was first launched in 2016, has also received an additional £700m boost. The aim of the scheme is to help local authorities build infrastructure that will enable the crucial construction of new housing including affordable homes.

Schemes like these are helping to provide housing associations with the encouragement to plan and build at a faster rate. At Bruton Knowles, our social housing experts are certainly starting to notice this change with an increase in work and activity.

However, moving forward, housing associations and planning teams need to be thinking innovatively on how they can meet the housing target as well. For instance, modular builds, which are homes built in a factory then transported to site, may soon be a viable solution. This method of construction provides high quality homes and can be financially beneficial, as it requires a smaller workforce. Modular builds also have a shorter build timeframe, helping to speed up the process.

Best of all, for housing associations, it offers the potential for a significant social dividend through effectively relocating building skills from expensive locations which badly need new housing stock to poorer areas where employment opportunities are badly needed.

Now is the time for the industry to grasp the nettle. Brexit is imminent and despite these new initiatives, the 300,000-housing target is still a challenging goal to meet. Only by using a joined-up approach between the Government, housing associations and wider building industry, will the target be met.