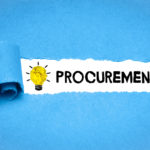 Post-Brexit compliance in procurement: what will change?

The end of the Brexit transition period has passed, and with it many rules and regulations are changing across the board for many industries — including construction. Jonathan Oram, National Framework Manager at Pagabo, discusses the changes expected in public sector procurement following the UK’s departure from the EU. 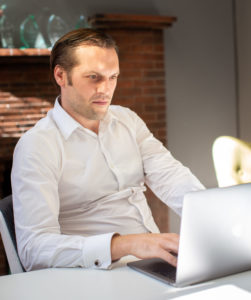 What will change?
Jonathan (pictured left) said: “From the beginning of 2021, we are no longer bound by the EU Procurement Regulations, but the public sector remains bound by the Public Contracts Regulations 2015 (PCR2015). Initially, the main impact of Brexit on the procurement process is that all future public sector opportunities will be advertised on Find a Tender, which replaces the Official Journal of the European Union (OJEU).

“No longer bound by the EU’s regulations, the UK Government has had the freedom to begin the process of reviewing the current suite of procurement regulations. The Government’s ‘Transforming Public Procurement’ green paper — published last month — has some interesting thoughts around trying to bring public sector procurement into something that is more suitable for the sector as a whole, acknowledging that not one size fits all and that there are shortcomings in the current processes.”

The proposals in the green paper are at initial exploratory stages, but procurement professionals will watch with interest to see how these will map into new policies in the future.

Jonathan continued: “We are expecting to see amendments to PCR2015, most likely over the next 12 to 18 months — being re-released as PCR2022. There are already some additional requirements being implemented alongside the current PCR2015 requirements that tie into the Government’s procurement strategies surrounding social value, carbon neutrality and SME engagements — with good examples of this being included in ‘The Construction Playbook’.

“However, any future amendments would still have to be in line with the principles of the Government Procurement Agreement (GPA), which is an agreement for World Trade Organisation (WTO) members, including the UK. This would include embedding the principles of public procurement within the law and would expand on the three existing ‘EC Treaty’ principles of transparency, integrity, and fair treatment of suppliers to also include value for money, efficiency, and non-discrimination.”

Increased flexibility will be key for the future of procurement
Two areas that the green paper proposes are around updating and simplifying procurement procedures, as well as the types of resulting frameworks and dynamic purchasing systems, which will have the most impact.

Jonathan said: “Within the procurement procedures, one of the more interesting proposals centres around what is being termed the Competitive Flexible Procedure. This would be similar to the existing Light Tough Regime, which is only applicable to procure specific social, health or other services. It would replace some of the existing procedures and give commercial teams the flexibility to design a compliant procurement process that meets both their needs and the needs of the market, which can only be seen as a good thing.

“The green paper also talks about the possibility of open frameworks to introduce more flexibility. As it stands, frameworks are locked, meaning once suppliers are appointed there is currently no mechanism within the regulations to add on new suppliers during the term of the agreement. The proposed open type of framework would, at specified points, allow new organisations to bid, and for already appointed organisations to update their previously successful bid to reflect the prevailing market conditions.

“The Dynamic Purchasing System (DPS) process is also set to be reviewed once more. The rules were made more user-friendly in PCR2015 when compared to PCR2006, but the expansion of the scope and flexibility of DPS could see it fit for wider purposes, with the creation of DPS+. Dynamic purchasing systems are starting to become more prevalent and are proving to be a very useful tool for public sector organisations in supporting local and social value agendas.”

Centralised data to support SMEs and greater accountability
Jonathan also predicts a tightening up around the past performance of suppliers and how that may influence a bid, saying: “As it stands, past performance can be considered when looking at a bidder’s application for tender, but it remains difficult to exclude them because of it.

“At the moment we have the ‘prompt payments’ league table, which will see a company reviewed should they fall off it. What we may see introduced in the future is a reversed form of this, with the building of a supplier list whose performance can exclude them from procurement activity.”

As well as increased flexibility, the government is working towards a centralised procurement database, on which company details will exist and link together with tender processes. Jonathan said: “In reality, this is something that has needed to happen for a number of years. Making this standard practice will really help to reduce costs, as well as remove barriers for SMEs, and help with government initiatives to engage with these companies more on procurement activity.

“There is a proposed requirement to provide more information throughout the life of a contract. This could be via an opensource data standard such as Open Contracting Data Standard (OCDS), which is used by more than 30 governments around the world and would allow more transparency and quicker transfer of information. By having this openness, supply chains will be able to run more smoothly and ensure that the correct suppliers can be engaged at the appropriate points.

“Overall, any changes that come in the next few years will be positive ones from which the public sector will greatly benefit from. The introduction of much more flexibility is the key and will allow procurement and built environment specialists to work together and ensure that the best results are delivered for clients on a truly case-by-case basis.”

Pagabo recently discussed the need to create a new quality benchmark — or ‘gold standard’ for frameworks — to ensure that the public sector and communities around the UK benefit from the best procurement processes possible.