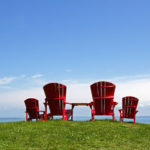 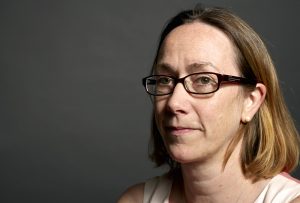 The housing market in the UK is very different to that of other English-speaking nations. Yet UK retirement living developers and operators must look at the USA and Australia with some degree of envy when they see there a buoyant and growing retirement village sector.

The concept of a retirement village in the UK is still in its infancy, with a preference for smaller retirement communities. There are many reasons why and the research we conducted over the summer offers some insights.

The close ties we build over a lifetime in our own homes, our neighbourhoods and our social circles are difficult to break. The rapid increase in property values often leaves homeowners wanting to pass on that wealth to their children and grandchildren, rather than spending it on a home that for many will be far better suited to their physical needs.

Unlike the US or Australia, there is little or no culture of downsizing in our later life housing. More common is a crisis move into a more formal care setting and not of our choice. But that need not be the case: there is more central and local government, as well as our sector, can do.

The current revenue environment makes it very difficult for operators to create new homes and charging structures that leave everyone happy. Care is expensive and not adequately funded. Operators have responded with schemes for the active elderly only or by lower cost entry points, with costs recouped when an occupier passes away.

Our research with 300 housing and care professionals tells us that large-scale retirement communities may be 20 years away with land costs and lack of funding being the principal reasons.

The planning regime in England and Wales makes it very different for later life housing developers. The creation of a dedicated use class order for retirement and later life homes alongside clearer guidance from Government with a requirement for local plans to reflect this need would help.

The reasons given were uncertainty over costs of living in a retirement scheme, restrictions on being able to pass that home on to family members, and concerns over living with just other retirees. 60% of the YouGov respondents told us that they believe such schemes would simply be boring.

Despite the preference for independent living, the YouGov survey respondents do recognise the advantages retirement communities can offer, with 60% saying they would be unconcerned about meeting people and making new friends and with 55% believing that loneliness would not be a problem.

Bungalows remain the preferred choice, with the most desired facilities including space for family and friends to stay and proximity to local amenities and transport links.

Central government continues to obsess about first time buyers forgetting the need and growing need for later life housing. We firmly believe that an individual’s last home should be the pinnacle of their housing journey and not one of compromise — and government housing policy needs to reflect this. It’s not just about Help to Buy for younger people; we need also to think about Help to Move for people in later life.