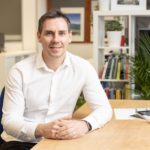 Sustainability experts at Focus have questioned whether the lack of an agreed Net Zero Carbon (NZC) definition is hampering the built environment’s decarbonisation efforts.

In June 2019, the UK government announced its goal to reach Net Zero Carbon (NZC) by 2050 – a target recommended by the UK’s independent climate advisor, the Committee on Climate Change (CCC), following the 2016 Paris Agreement.

It is estimated that nearly three-quarters of district, county, unitary and metropolitan councils across the country are now taking action to achieve NZC in line with the government’s target.

However, the UK government NZC definition does not include imports, in comparison to the UK Green Building Council definition, which expects the entire supply chain emissions to be net zero.

“This raises the question of whether a building that achieves NZC adhering to the UK government’s definition and excludes emissions associated with imported products can be seen as NZC in line with the UKBGC,” explains Jason Redfearn, managing partner at Midlands-based Focus, who heads up the firm’s sustainability services. “Public bodies such as local authorities are typically aligning their definition of NZC with the central government’s so, should those bodies wish to construct a NZC building, which definition should be used? It is unclear if such questions are being tackled.

“It should also be noted that the UKGBC definition addresses only selected life cycle stages of a building. Although updated versions are expected, at present the definition includes only supply chain or capital emissions and operational emissions. It excludes carbon associated with life cycle stages such as replacement, refurbishment and end of life. This could mean that buildings described as being NZC are, in reality, not achieving this status with calculated whole life emissions being artificially low.

Nottingham-based Focus, which specialises in helping clients to understand what they want to achieve when it comes to Net Zero Carbon targets, operates a growing department dedicated to sustainability services.

“The uncertainty created by so many definitions of NZC could be an obstruction to the decarbonisation in the built environment,” suggests Jason Redfearn. “However, it is unclear if this will hamper the sector’s inevitable transition to NZC. What is clear is that