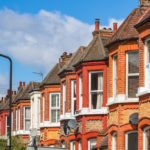 Matthew Warburton, Policy Advisor at the Association of Retained Council Housing (ARCH), considers the impact of the recent ministerial changes and the potential of a no deal Brexit on the affordable and social housing agenda.

On 2nd July ARCH and the National Federation of ALMOs held a very successful Parliamentary reception to celebrate 100 years of council housing, or more precisely, 100 years since the Addison Act, which launched the first national council housebuilding programme, became law. Both the then Housing Minister, Kit Malthouse, and his Labour opposite number, John Healey, spoke about the need to invest in a new generation of council housing, returning to the spirit of Addison’s pioneering initiative.

In a rare — these days — outbreak of cross-party agreement, John Healey congratulated Kit Malthouse on the steps he had taken towards making this possible, and hoped that he would not be shuffled to another post when the new Prime Minister took over. Of course, this was not to be, and we now have a new Secretary of State and a new Housing Minister who, up to the time of writing, have had little to say about anything, least of all council housing.

The week before the ARCH reception, delegates at the Chartered Institute of Housing Conference in Manchester received a surprise address from outgoing Prime Minister Theresa May, who also emphasized the importance of investment in housing for social rent and council housing in particular. Her speech was empty of significant new policy announcements, although she did say that the Government’s response to consultation on the Social Housing Green Paper would be published in September.

It was widely interpreted as an attempt to firm up her legacy and make it more difficult for her successor to take a radically different direction. Any other successor, maybe, but with Boris Johnson there must be some anxiety it will have the opposite effect. Certainly, the spending pledges he has already made in his first few days in office have not included social housing. More worryingly, the only references to housing made by any member of the new Government have emphasized the need to build more homes, but made no reference at all to the need for any of them to be affordable.

Brexit impact
The new Government has not acknowledged the likely housing implications of its commitment to leave the EU on 31st October with or without a deal, but a no-deal Brexit is predicted to have a serious impact on the housing market. At the start of the year, the Bank of England suggested that house prices could fall by as much as 30% in the event of a ‘disorderly’ Brexit.

In July, the OBR forecast a less dramatic fall of 10%, but this would nevertheless have a big effect on housing investment. Yes, those lucky enough to have the funds to buy could find themselves paying less, but developers would be likely to just stop building new homes they did not expect to sell at a profit.

There would be a knock-on effect on affordable housing funded through section 106 and similar agreements, which rely on a share in the profits a developer would otherwise have made on a site. The most charitable interpretation of the Government’s silence so far on housing is that Ministers are still trying to work through the implications of their Brexit policy and find ways to counter its impact.