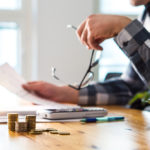 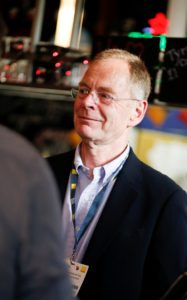 Physicists have established that the Earth takes 365.2422 days to go round the Sun, but DWP seems reluctant to accept this, or so it would seem from their interpretation of two important policies in the financial year 2019/20. The calendar includes leap years to keep the seasons in their right place, and because 2020 is a leap year, the financial year 2019/20 contains 366 days. It also contains 53 Mondays, the day on which rent is usually charged. A 53-week rent year occurs around every seven years, the last time being in 2013/14. Hitherto, they have not caused any great problem. 2019/20 is different.

The first difficulty is that 2019/20 is the last year in which local authorities and housing associations are required to reduce tenants rents by 1% compared with the year before. The wording of DWP’s Welfare Reform and Work Act takes no account of any special circumstances in 2019/20.

The Act requires, subject to specified exceptions, that the total rent charged each tenant ‘in respect of’ 2019/20 should be 1% less that was charged in 2018/19. Some authorities have read this as requiring that the rent charged over the 53 weeks of 2019/ 20 should be 1% less than was charged over 52 weeks in 2018/19, which implies a reduction in the weekly rent of almost 3%.

All authorities will by now have decided on and notified tenants of their rents from 1 April. But there are further implications for rents in 2020/21 and subsequent years, since the policy of allowing rents to increase by up to CPI + 1% has previously been taken to apply the weekly rent. If, instead, it were taken to apply to the annual rent debit, this would have the effect of allowing authorities to increase rents by slightly more than CPI + 1%, the precise amount depending on the policy they had adopted in relation to 2019/20.

It will be interesting to see how this is addressed by the Regulator for Social Housing in forthcoming consultation on the Rent Standard for Social Housing, which from 2020/21 will apply to local authorities as well as housing associations.

Universal Credit policy
The second difficulty relates to DWP’s flagship Universal Credit policy. UC is paid monthly. DWP’s current practice is to calculate the housing element of UC by multiplying the weekly rent by 52 and dividing by 12. In 2019/20 this would mean that tenants would not receive UC for the final week’s rent. Attempts by landlords respond to this by giving a rent-free week (or an additional rent-free week) have been met by DWP counting this as one of the 52 weeks.

The fact that there are not 52 weeks or 364 days in the year but 365 and sometimes 366 has been drawn to DWP’s attention by both local authorities and housing associations, but so far the response has been that it is administratively inconvenient to take account of this. ARCH and others have pressed for the proposal that UC is calculated using a 52.18 week year. DWP officials are consulting Ministers. Their response is awaited.

0 0 0 0
Previous : Nottingham City Homes backs campaign to end the stigma around mental health
Next : UK will only meet its 300,000 homes a year target if it increases funding for affordable housing