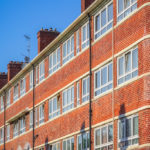 Matthew Warburton, Policy Advisor at the Association of Retained Council Housing (ARCH), discusses the latest developments in government policy initiatives relating to building safety, Decent Homes and the decarbonisation of social housing, and the issues that must be resolved to achieve successful implementation.

Ten years ago, hopes were high that the self-financing settlement for local authority housing would free councils from the treadmill of annual subsidy payments and end years of under-investment in their stock of homes. Councils were encouraged to take a long-term view of their housing assets and plan investment over 30 years, confident that the rent they expected to be able to charge under the settlement would allow them the resources to bring all the stock up to the Decent Homes Standard and keep it there. Events, of course, did not pan out as expected; zigzags in government rent policy made a large hole in projected income. But it is now also clear that it was over-optimistic to expect that stock investment needs would be limited to the requirements of Decent Homes.

In different parts of government three separate teams are working on plans that point to requirements for major new investment in council housing. It is already clear that in order to make homes safe from fire councils will need to do much more than remove flammable cladding from high-rise blocks. The new Building Safety regime will not only clarify the extent of landlord’s responsibilities but also, rightly, ensure that they are fulfilled.

In parallel, but another part of MHCLG, the Government is undertaking a review of the Decent Homes Standard to assess the need to update it to meet today’s — and tomorrow’s — expectations. Meanwhile, the Housing Ombudsman is using his new powers to spotlight landlords that are failing to meet the existing standard. And over in BEIS, civil servants are beginning to size up the challenge of decarbonising the social housing stock as the countdown to 2050 continues.

It goes without saying that the combined cost implications of these developments are likely to be huge. But the Government, one suspects, is acutely aware of this. But it may not be so well-informed about how the impact varies from council to council, depending on the age and type of stock or the balance between houses and flats, although the aftermath of Grenfell has raised awareness of the incidence and distribution of high-rise blocks.

Responding to the challenges
It is less clear whether officials or Ministers are equally alive to some of the other problems involved in responding to these challenges. Most importantly, seen from government these are three different policy areas for the separate teams of officials working on them; from the landlord or the tenant’s point of view it is just the one stock of homes that is affected. There are potential conflicts or trade-offs between different policy objectives; for example, removing cladding may make a block of flats safe from fire but will rarely help improve thermal efficiency. Landlords will want to avoid the need to waste money and inconvenience residents twice because lack of coordination in the timing of government funding streams means they have to put scaffolding up twice.

Most blocks of council flats now include a mix of tenants and leaseholders, some of whom have sub-let their flats. But neither the Decent Homes regime nor the current proposals to improve building safety have yet come to terms with the challenges this poses. Both rightly include expectations that residents will be kept informed and consulted about planned works but offer little advice on how to handle conflicts of interest between tenants and leaseholders.

As work goes on to bring these separate policy initiatives to fruition, these are just some of the problems that will need to be resolved for implementation to be successful. Councils will not be slow to mention them. Let’s hope government is listening.