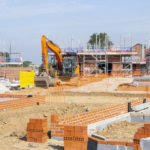 Opinion | Housing under the next government

The General Election called for 12th December is proving to be about much more than Brexit. The party manifestos include a range of new pledges on public spending, taxation, immigration, the economy, NHS and social care. But on housing all parties stay close to the policy positions they have staked out since 2017, says Matthew Warburton, Policy Advisor at the Association of retained Council Housing (ARCH).

The Conservatives reaffirm their ambition to increase housebuilding to 300,000 new homes a year by the mid-2020s and to publish a Social Housing White Paper taking forward the proposals from their 2018 Green Paper. Labour would aim to be building 150,000 new council and housing association homes a year by 2025, all available at social rents. The Liberal Democrats and Greens are only slightly less ambitious, aiming for 100,000 new social homes a year. All parties say they want to end rough sleeping by the end of the next Parliament (assuming it runs its full term).

Stepping back, perhaps, from Theresa May’s ambition of a “new generation of council housing”, the Conservative manifesto focuses on the total number of homes to be built for sale and rent, and talks about the need for affordable housing, without discussing which types of affordable housing it is talking about or how many are needed of each.

Right to Buy will continue and be extended to housing association tenants, and, interestingly, there is no mention of the idea of a ‘right to shared ownership” floated a few weeks ago. The other parties take the opposite approach, including a specific target for the number of social homes to be provided but not for the total national housing output. Labour would end the Right to Buy, while the Liberal Democrats want to devolve control of it to local authorities.

Keeping promises
If elected, will any of the parties be able to keep these promises? As usual, media and other discussion has focused on the practicality of spending plans — for example, could Labour finance its social housing programme without an unacceptable increase in taxation? But finding the money is not the only, nor perhaps even the most important obstacle to the successful delivery of a big increase in housebuilding, whether for sale or rent, private or social.

There is a cluster of hard challenges standing in the way, including getting access to the land needed at a fair price, and engineering the step-changes in capacity of every part of the housing industry needed to crank output up to the numbers envisaged. And — in these numbers — more homes means new settlements, new towns, possibly new cities. There are big implications for every part of the industry — in the broadest sense of this term, from planners and architects, developers and builders, and every building trade. A declaration of faith in the potential of modern methods of construction does not add up to a realistic plan to address these challenges.

Admittedly, there is more substance to the Conservative and Labour proposals than is spelt out in their manifestos. Both parties have spent time and trouble exploring some of these issues and working on responses. The risk is that little of this comes across in pre-election campaigning or media coverage, and the public is left with the idea that little more is involved than a numbers game. In fact, much more is at stake.