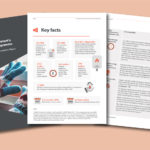 The Warm Homes Programme has helped many households by providing them with free energy efficiency measures. However, with the current Programme coming to an end over the next two years, the Welsh Government has key strategic decisions to make over its future.

In Wales, an estimated 155,000 households are fuel poor, with a further 144,504 estimated households at risk of being in fuel poverty. The Welsh Government’s Warm Homes Programme, comprised of the Nest and Arbed schemes and implemented through appointed Scheme Managers, is designed to reduce energy bills for those living in fuel poverty by installing energy efficiency measures. Between April 2018 and March 2021, 16,042 homes received free energy efficiency measures under the Programme. However, the Arbed scheme has now come to an end and the current Nest scheme is due to finish in 2023.

Any future replacement schemes will need to be greener to align with the Welsh Government’s wider ambitions of achieving net zero carbon emissions. Most of the measures installed across both schemes involve new heating systems. To date, 95% of the main heating systems installed in properties by Nest and 98% by Arbed were fossil fuel based. However, the higher costs of low carbon alternatives, such as heat pumps, would mean fewer households being helped if these measures are used more widely, unless there is a significant increase in funding or the costs fall substantially.

When deciding on the replacement for the Nest scheme, the Welsh Government needs to be clear on its core purpose and who it is designed to help. Originally brought in to tackle fuel poverty, the scheme is increasingly being used to replace broken or inefficient boilers for people on means tested benefits who might not necessarily be fuel poor.

The Welsh Government has not decided what, if anything, will replace the Arbed scheme. In future, the Welsh Government needs to consider whether the area-based approach to targeting households remains viable. The scheme has struggled to find clusters of households with both low income and very energy inefficient properties. Before it ended, the scheme had under-delivered against its original and revised targets. This under delivery was partly due to Covid-19, but even before the pandemic there were substantial delays and around £7.5m of EU grant funding has not been used.

Auditor General, Adrian Crompton said: “The Welsh Government’s Warm Homes Programme is a key part of efforts to tackle fuel poverty among some of our most vulnerable citizens. The recent surge in energy prices as we approach the cold winter months only serves to emphasise the importance of such support.

Future schemes will need to be greener, clearer and more tightly managed. The big challenge facing the Welsh Government is how it balances its climate change ambitions, while also supporting the most vulnerable fuel poor households that have traditionally relied on less expensive, but higher carbon emitting, gas heating to warm their homes.”