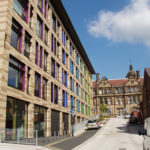 Following its declaration of a climate emergency, Wakefield Council has commissioned leading energy and services Group ENGIE to help achieve its target of becoming a carbon-neutral organisation by 2030. This latest move builds on an existing relationship between the two organisations, which has seen ENGIE delivering a total facilities management service to the council since 2016.

In making its announcement, Wakefield Council recognises the need to go further and faster than the UK’s target of becoming net-zero for carbon emissions by 2050. This will involve broadening and accelerating the Council’s existing Energy Plan, which has already provided significant energy and emissions savings.

Using its expertise in delivering zero-carbon transition ‘as a service’, ENGIE will now work with the council in developing a road map of projects that will make carbon-neutrality a realistic goal within the stated timescales. The road map will initially take a consultancy-led approach, providing Wakefield Council with a comprehensive analysis of its current energy and carbon footprint. This data will then be used to identify specific opportunities for decreasing energy use and emissions. These projects will have the additional benefit of reducing the council’s annual expenditure on energy.

ENGIE has already completed or is currently delivering 35 energy and carbon saving projects with Wakefield Council. These projects will lead to annual savings of almost 3.5 million kWh of energy, equating to over 900t CO2 and resulting in annual financial savings of nearly £300,000.

Cllr Les Shaw, Wakefield Council’s Cabinet Member for Corporate Services, explained: “Since we declared a climate change emergency in May, we have been working hard to establish the Council’s current levels of carbon emissions and to identify priority areas where the greatest reduction can be achieved.

“We have a duty as a Council to limit the impacts of global warming on the health and wellbeing of our residents and the effects it has on our economy.

“The Climate Change Act set out a target to reach an 80% reduction by 2050, which has recently been accelerated by the Government with a target to be carbon neutral by the same date, but we intend to do that much quicker.”

Martin Smithurst, Divisional Chief Operating Officer at ENGIE added: “Local authorities are playing a key role in reducing the UK’s carbon emissions but have to achieve a zero-carbon transition at a cost-effective price that doesn’t disadvantage their stakeholders.

“ENGIE is well-versed in developing customised, practical and deliverable energy reduction plans for local authorities and we are committed to using all of our expertise to support Wakefield to achieve its ambitious climate goal.”