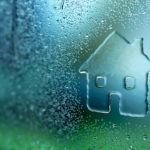 Vent-Axia | Under the spotlight

Tom Wodcke, Product Manager at Vent-Axia, looks at the Housing Ombudsman’s recent report ‘Spotlight on Damp and Mould. It’s not lifestyle’, which calls for landlords to take a ‘zero-tolerance’ approach to damp and mould as well as considering proactive actions to identify homes that have or may be at risk of developing problems, rather than waiting for residents to report issues.

The Housing Ombudsman’s recent report ‘Spotlight on Damp and Mould. It’s not lifestyle’ was published because of the high incidences of damp and mould witnessed in social housing. The report recognises the challenges for landlords in tackling these issues — including overcrowding, poverty, and the age and design of homes. Within the report, survey responses resulting from the Housing Ombudsman’s call for evidence state the top three causes of damp and mould are insufficient ventilation 30%, leaks 23%, structural 20%, and condensation was fourth with 18%. This confirms the importance ventilation plays in improving indoor air quality and tackling condensation and mould. It also says landlords should avoid inferring blame on residents due to ‘lifestyle’. Instead, the document identifies best practice and makes 26 recommendations for landlords to implement. These range from improved record keeping to delivering net zero homes and an effective response to reports of damp. 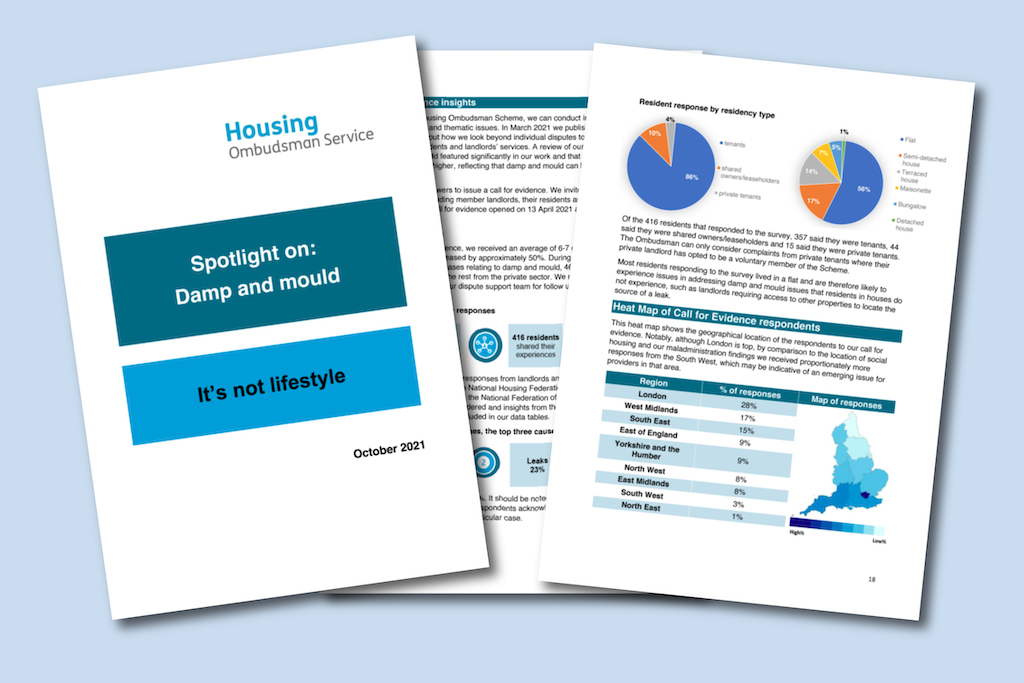 Taking action
The top recommendation in the report is that landlords should adopt a zero-tolerance approach to damp and mould interventions. Key to this is taking proactive action. One recommendation is to adopt a consolidated policy for actions to take based on diagnosis to ensure an effective response to reports of damp.

Landlords should identify opportunities for extending the scope of their diagnosis within buildings, for example by examining neighbouring properties, to ensure the response early on is as effective as possible. This also highlights the importance of planned maintenance to ensure any potential issues are tackled early. As housing becomes increasingly airtight, more homes are being blighted by condensation, mould and the associated problems they bring. Including the regular maintenance of ventilation systems in planned works can help tackle these problems.

Record keeping
Another key recommendation is for landlords to ensure they have robust record keeping. Fans with data logging enable detailed record keeping. These fans record details of the home environment and can also monitor all ‘on/off’ occurrences, giving a clear indication of whether the fan has been running as intended. This environmental data can be downloaded and can include information on relative humidity, vapour pressure, dew point, room temperatures, along with power interruptions and isolations. This can be used as evidence to support a legal disrepair case or to help with the difficult complaint case.

Detailed record keeping can also be helpful for landlords in implementing a data driven, risk-based approach with respect to damp and mould, which is a proactive approach the Housing Ombudsman’s report advocates. By monitoring this data, it is possible to identify problems in similar properties before they are reported and so “prioritise interventions before a complaint or disrepair case is made”.

Net zero
The Housing Ombudsman also recommends ensuring strategies for delivering net zero homes consider and plan for any potential unintended consequences around damp and mould. This was followed in December 2021 with the publication of the new Building Regulations Part F (Means of Ventilation) and the new amended Part L (Conservation of Fuel and Power), which is set to help the UK deliver net zero. As buildings become more airtight to improve efficiency, it is essential to consider indoor air quality (IAQ) too to protect the wellbeing of inhabitants.

Importantly there is a key addition to Part F, which reflects the significance of ventilation in meeting net zero. The new sub section ‘Installing Energy Efficiency Measures’ relates to existing properties: “When carrying out energy efficiency measures to an existing dwelling, an assessment should determine what, if any, additional ventilation provision is needed, based on the estimated impact of the work.”

This is a welcome addition since previously many homes have suffered from condensation, mould and poor IAQ following energy efficiency measures designed to increase the airtightness of properties and reduce carbon emissions. This positive move will help protect the health and wellbeing of inhabitants from indoor air pollution and protect buildings from damp, condensation and mould, in line with the Housing Ombudsman’s recommendation.

Expertise
Ensuring staff and contractors have the appropriate expertise to properly diagnose and respond to reports of damp and mould is another essential recommendation in the report. By working with ventilation specialists such as Vent-Axia, who can offer expert advice on the most appropriate product for each property, landlords can be sure they are using the right solutions to tackle condensation and mould and meet their obligations.

With the vital importance of a good indoor environment well established and the Housing Ombudsman’s report providing wide ranging recommendations, landlords should look to work with companies that can offer expert advice, the latest solutions and both planned and reactive maintenance to ensure good IAQ and freedom from damp and mould.