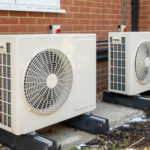 UK100, a network of climate ambitious local authorities, is pleased to see the Government’s Boiler Upgrade Scheme open for applications, but says the plans are short-termist and long-term funding would help ensure the scheme is a game-changer for accelerating Net Zero action and reducing energy bills.

“It’s also good to see that the Government appears to have designed the scheme based on the lessons learned from what went wrong with the Green Homes Grant Scheme.”

However, Polly added: “While plans to target rural, off-grid properties are a positive step, the scheme relies on a flawed ‘one-size-fits-all’ EPC rating system that discriminates against rural homes.”

“UK100 has long campaigned for changes to EPC ‘tickbox’ rules to shift the emphasis towards ensuring energy efficiency measures are assessed on efficacy rather than just the number of measures installed.”

Polly concluded: “The plans are, ultimately, short-termist. Long-term funding would help ensure the scheme is a game-changer for accelerating Net Zero action and reducing energy bills amidst a cost of living crisis, but, as it stands, pleas for sustained funding have been ignored in favour of a 2025 funding cliff-edge.”