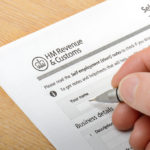 Taxation transparency is good for communities

The Government has brought in new rules requiring all local authorities in England to publish full details of how much money they receive from developers to fund local infrastructure.

This welcomed move will allow communities to share in a councils’ vision for their community and highlight how important developers are in funding infrastructure through local taxation. Councils will also be able to pool funds more easily, allowing them to fund larger projects from multiple schemes.

Housing Minister, Esther McVey, said that residents were in the dark about what was spent despite builders contributing “a whopping £6bn towards infrastructure in 2016/17.”

“The Government should further reform the Community Infrastructure Levy in the upcoming Spending Round. This includes removing national exemptions — which reduce the amount of funding to invest in critical infrastructure to facilitate development — and allowing them to be decided by councils at a local level.”

Richard Beresford, Chief Executive of the National Federation of Builders (NFB), said: “Communities don’t realise how much developers contribute to infrastructure through local taxation. Forcing all councils to be transparent with their ambition and strategy is an important step in encouraging a shared vision and local scrutiny.”

Rico Wojtulewicz, Head of Housing and Planning at the House Builders Association (HBA), said: “Councils can now pool funding to get larger projects off the ground and this will help deliver the more controversial projects, however, what’s most exciting is that developers, who often get local people asking for contributions, will be able to show exactly how vital they are for their local communities.”