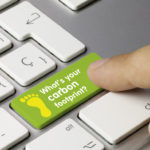 Survey: Half of councils unsure of their carbon footprint

Almost half of local authorities in England do not know their own carbon footprint, according to a freedom of information request from leading engineering services trade body ECA.

Overall, 93 out of 214 local authorities (43%) say that they do not measure all energy use in relation to their built assets, which include housing, facilities, offices and other council-owned buildings. While 47% of councils say they do not have a plan in place for reducing the carbon emissions resulting from their built assets.

ECA Energy Advisor Luke Osborne commented: “It’s highly concerning that almost half of local authorities do not know how much carbon they are responsible for or have a plan in place to reduce this amount moving forward.

“Unless there is an imminent step change in their approach, it is inconceivable that councils are going to become carbon neutral in less than 30 years. There is a lot of rhetoric out there, but very few action plans.”

The survey also found that council building energy usage is causing vast amounts of carbon dioxide (CO2) to be pumped into the atmosphere each year:

The highest carbon footprint of a council HQ building was 18,200 tonnes of CO2, which came from a district council based in the East Midlands — which is the equivalent of 9,500 average train journeys.

More positively, 166 councils (78%) say they are planning towards net zero operation by 2050. Furthermore, 49 local authorities (23%) stated that they would be carbon neutral by 2030. However, 11 of these 49 councils do not currently know their own carbon footprint.

ECA Director of Member Services Helen Atkinson added: “It’s positive that almost one in four councils are seeking to radically exceed the Government’s net zero target by 20 years, but that figure needs to rise significantly.

“ECA and our Members stand ready to support local authorities and other building owners into getting zero carbon done.”

The UK Government has committed the country into being a net zero carbon economy by 2050.