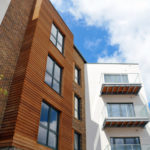 Sovereign Housing Association has successfully issued a £375m bond in the capital market — helping it deliver on its ambitious plans for people, homes and places.

The bond, which was well-oversubscribed at £1.2bn, will support Sovereign’s investment in the quality of its homes and services, as well as building nearly 2,000 new homes a year through a more land-led approach.

After a roadshow in London and Edinburgh, Sovereign priced the 29-year £375m bond on Monday 28th October, paying an all-in rate of 2.475%. This bond includes a £125m retained element to issue at a later date.

Tracey Barnes, Sovereign’s Chief Financial Officer, said: “This is an excellent result and will allow Sovereign to continue to do more for people and places, delivering our ambitious plans and maximising our social impact.

Sovereign is one of the largest housing associations in the country with around 58,000 homes across the south of England.

By retaining £125m of the bond, Sovereign will have fast and flexible access to further investment in the future should it be required.

Ahead of the bond, Moody’s and Standard & Poor’s reaffirmed Sovereign’s strong ratings, at A2 and A+ respectively, maintaining its position as one of the highest rated housing associations in the sector.

Dominic Brindley, Head of Public Sector at NatWest Markets, said: “As a bank we are delighted to have supported Sovereign in this highly successful Public Bond exercise and also in co-ordinating the recently established unsecured RCF facility.”

“The size and depth of the order-book and the overall outcome is a great reflection of Sovereign’s sector leading credentials which bodes well for future issuances. This approach to financing is testament to the support that the bank offers issuers in navigating both the bank and capital markets.”

“The Lloyds Bank team was delighted to work with Sovereign on its first transaction in over seven years. Investors were attracted to Sovereign’s scale, A2 / A+ credit rating and regional presence.”

“This was supported by the strong performance of the management team during the roadshow, which helped generate a high quality order book. The transaction ultimately priced tight to sector comparables and Sovereign’s existing bonds and sets a positive precedent for future issuance.”