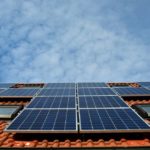 The Solar Trade Association has welcomed the Labour Party’s announcement that it will support over a million new domestic PV installations across the UK, through a mixture of fair export tariff payments, grant funding and by driving large economies of scale.

The policy will specifically target low-income households, particularly those in social housing, as part of the party’s wider retrofitting programme aimed at improving the energy performance of UK homes.

The announcement follows the closure of the Feed-In Tariff and the export tariff last month, and comes at a time when the industry is fighting new unhelpful proposed changes to the VAT treatment of solar combined with battery storage.

Further policy proposals would see a programme of interest free loans, grants and regulatory changes which will support the installation of solar PV on an additional 750,000 homes, paving the way for households of all incomes to invest in the nation’s favourite energy technology. Community energy schemes would also be given a major boost, with support for scoping potential projects, interest-free loans and modest grant funding. The proposals are expected to create almost 17,000 new solar jobs, and cut 7.1million tonnes of CO2.

Solar Trade Organisation Director of Advocacy and New Markets Léonie Greene said: “All modern political parties must now think big when it comes to empowering people to act on the biggest issue of our times; climate change. The solar industry would relish scaling-up rapidly to deliver on these commendable ambitions, which would see deployment rates double compared to the past decade. A solar homes push would give a tremendous boost to green jobs across the UK, which are good quality and local in nature.

“We are particularly pleased to see Labour’s focus on social housing, since solar can save households potentially hundreds of pounds off their energy bills. Current policies deter those who need solar the most from accessing it, which is a great shame.

“We are also pleased to see a clear acceptance that solar must be treated fairly, both in terms of complex new network charging regulations and ensuring fair market payments for the smallest generators. At a minimum, Governments really must provide a level playing-field to enable popular and cheap technologies like solar to thrive.”

Last week was a record breaking week for solar, in which a new generation peak of 9.55GW was reached thanks to clear and bright conditions.  The STA has set out new guidance for households that wish to take meaningful climate action and go solar. Plummeting costs mean that solar is now more affordable than ever, and nearly two-thirds of households are interested in investing in the technology.

Growing public concern about inaction on climate change means the industry anticipates that a modest market will continue in the UK, particularly since solar PV will still make good economic sense for people who are home all day, such as retired people, families with young children and those who work from home. However, the industry is pressing the Government to publish its proposals on the Smart Export Guarantee, which is needed urgently to replace the export tariff for new small-scale generators, and to drop new VAT proposals for ‘smart’ solar as a matter of urgency.

0 0 0 0
Previous : Housing associations must receive government funding in the face of increasing fuel poverty
Next : Hamworthy Heating: Take back control