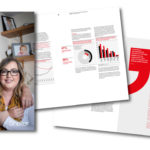 New Shelter report — Building for our future: A vision for social housing —calls on government to ‘deliver enough social homes over the next 20 years for the 3.1 million households who will be failed by the market’. LABM garners opinion from across the sector.

The report is the culmination of research carried out by the charity over the last year to explore the breadth of the housing crisis, the rise and decline of social housing and the broader issues of housing policy raised by the Grenfell Tower fire.

Last January Shelter brought together 16 commissioners from across the political spectrum, with varying backgrounds and perspectives, to participate in a Big Conversion, which took in the views and opinions of 31,000 people. This included people currently living in council and housing association properties, as well as those struggling in the private rented sector and the wider public. As part of this exercise, Shelter looked at ‘how people across England experience the housing market, and who it is failing’.

The report features a number of stories, single mum Tracy who lives in a private rented property in London with her two sons told the charity: “My older son is now nine, but he’s already had six different addresses. It’s so hard to explain to them that we have to keep moving and that our house is not ours… If I could get a five-year tenancy it would make a massive difference because I could make plans, and I could properly make our place a home.”

Venetia and her two sons live in a social housing property in London. Venetia told the charity: “We noticed black liquid seeping down the wallpaper in the lounge. When I peeled off the wallpaper, the wall behind it was covered in black mould and damp patches. I called my landlord, who eventually sent someone out, but they just wiped the mould off the wall and did nothing to fix the damp. I kept asking them to fix it, but they did nothing.”

The problem escalated and affected Venetia’s health to such an extent that she ended up in hospital for four days following a severe asthma attack. Environmental Health got involved. Venetia and her two sons were offered a new home but it was also blighted by damp and mould.

Venetia said: “It’s not just the impact of the damp and mould that gets to me, but the way I’ve been treated…There is no help for people in social housing suffering from disrepair and this needs to change.”

This is a sad indictment for the housing sector and sadly these examples are not isolated cases.

Urgent reform is needed, especially in private sector housing, which the report cites as ‘ultimately unfit to meet the needs of increasing numbers of people trapped renting privately’. The report says: ‘Only a good quality, reformed, and larger social housing sector can meet these needs.’

Recommendations include: ‘Residents of social housing must have a voice with national, regional, and local government’ and that ‘If residents are to be protected and given a voice, there must be clearer standards for social housing providers.’

The report also recommends that government ‘should create a new consumer regulator to protect renters’ and that the regulator ‘should set consumer standards for all private rented housing.’

The overwhelming message is that we need significantly higher volumes of social housing. According to the shelter report: ‘Government should deliver enough social homes over the next 20 years for the 3.1 million households who will be failed by the market, providing both security for those in need, but also a step up for young families trying to get on and save for their future.’

“We also need to fundamentally reform the way land is bought and sold, making it cheaper for organisations that want to build social housing. Only then can we build enough houses so that everyone can have the home they need at a price they can afford.

“The report also calls for a rebalancing of the relationship between housing associations and their tenants. We support this ambition and have been working with our members and tenants to ensure that housing associations are among the most trusted, accountable and responsive organisations in the country. We also support the creation of a national voice for tenants.”

Council housebuilding renaissance needed
Cllr Martin Tett, Housing spokesman for the Local Government Association, said: “There is an acute need to address the escalating housing crisis, which would deliver huge benefits for families, communities and the economy. We have estimated investment in a new generation of social housing could return up to £320bn over 50 years.

“Only by triggering the renaissance in council housebuilding can we put in place the long-term reforms that will help make homelessness a thing of the past and remove housing insecurities for current and future generations.

“The last time we built enough homes councils built 40% of them. We need to get back to those levels if we’re to tackle our housing crisis, building a new generation of at least 100,000 high quality social homes a year.

“However, every housing market is different and resolving the challenge must mean allowing every council to ensure that new and existing social housing best meets local need. Critical to this goal will be allowing councils to keep 100% of their Right to Buy receipts and to set discounts locally.

Using airspace above buildings
Airspace welcomes 20-year vision from Shelter. Val Bagnall, MD at Apex Airspace commented: “The vision is great — we wholeheartedly endorse it and welcome it. It’s not the ‘only way’ government can meet its target — using airspace above buildings can make a huge impact in the very short-term on the appalling housing shortage.  We can act now and make a difference now. It is possible to attack the problem of insufficient social housing with incredible speed and at reasonable cost by considering the space above properties as development space. If we look beyond London, to all major cities and conurbations nationwide — figures of 800,000 affordable homes become feasible.”

New homes must be energy-efficient
Elmhurst Energy says new social housing must be energy-efficient and fit for the future. Martyn Reed, Managing Director at Elmhurst Energy commented: “Social housing and local authorities delivered about 33,000 homes in 2016/17, and therefore an increase to 150,000 a year for 20 years, to achieve the three million required, is a massive increase, especially when you consider that the whole sector currently delivers approximately 280,000 homes.

“If the recommendation becomes reality, the housebuilders will need to build approximately 400,000 homes per annum, 42% more than today. What is important is that the mistakes of previous booms are not repeated. These new homes must be built to the highest standards of quality and energy efficiency to ensure that the future tenants don’t become the fuel poor statistics of the future.”

Fixing the broken housing market
Richard Beresford, Chief Executive of the National Federation of Builders said: “Industry, popular opinion and economists continue to tell the Government that they must build more social homes. It’s time they listened and became the first government in 20 years to meet very clear expectations.”

Rico Wojtulewicz, Head of Housing and Planning policy at the House Builders Association added: “A major social housebuilding programme is a no brainer. You help house those in need, stimulate local employment and business, help fix part of the broken housing market and build for the future.”