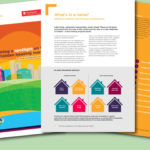 The key to alleviating the pressure on the housing market is better development of later living accommodation, a new survey by law firm Shakespeare Martineau and Housing Learning has shown, but this will not be achieved without bold action being taken.

Research undertaken by law firm Shakespeare Martineau and the Housing Learning and Improvement Network (Housing LIN), revealed that a re-think of the UK’s later living sector is urgently needed and will free up space in the already-stretched housing market.

Not only was increasing housing supply stated as a key issue but providing a wider range of appropriate accommodation for older people in the UK — by offering a range of schemes, designs and tenure options — will also be crucial.

The research showed that pressure from the UK’s growing ageing population is well-recognised in the housing sector. Nearly three-quarters (73%) of respondents believe that the demand for later living accommodation will increase over the next five years.

However, meeting this demand requires urgent action, from both the government and the sector itself. Planning regulation was highlighted as an area in need of change, with 89% of respondents calling for an overhaul. This has recently been recognised by the Government with the publishing of new planning guidance around housing for disabled and older people.

Alongside planning was an urgent call by 90% of respondents, who believe that more capital funding incentives from central Government are necessary to stimulate development and fuel investment activity in the later living market. 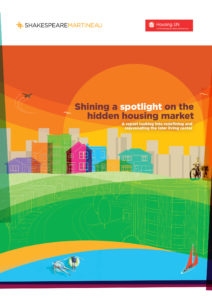 The research also showed an eagerness within the sector to promote the benefits of ‘rightsizing’. The majority (93%) of respondents thought that the concept, which encourages older people to move out of properties, which do not cater for their needs, into more suitable homes, was set to increase in popularity over coming years. Central to this is the idea of ‘help to retire’ register, which would offer financial incentives for older people looking to downsize. Combined with a re-think of the function of Stamp Duty Land Tax — a significant barrier to rightsizing — help to retire would make a significant difference in the later living market.

Making rightsizing easier and more accessible would free up homes for the wider market, whilst meaning that older people were in homes, which were better-suited to changing lifestyle requirements.

Louise Drew, Head of Real Estate at law firm, Shakespeare Martineau, said: “We have a real multi-faceted problem in the UK. How do we provide both adequate homes for families and younger people, as well as suitable accommodation for the ever-growing ageing population?

“We must tap into the needs of the later living market and show that the days of housing for older people being limited to residential care and sheltered accommodation are over. There are innovative, appropriate and considered models out there which must be given proper attention, by the sector itself and the Government.”

Jeremy Porteus, Chief Executive of the Housing LIN, said: “For a market segment of such importance, national policy has been largely silent on the topic of later living. There has been little government oversight or market insight into how the sector perceives both itself and the needs of its consumers.

“More vibrant discourse — and decisive action — from policymakers and stakeholders will without doubt help the industry to deliver a range of better and more attractive homes, in places that people want to live.”

Louise continued: “As one of the leading global nations, the UK’s strategic approach to later living is woefully inadequate, poorly classified and offers no clarity on the choices available to older consumers, nor market certainty to investors, developers and operators. This can — and must — change. The benefits will be felt across all levels of society.”

Jeremy concluded: “From Old Kent Road to Mayfair, housing for our ageing population must become a community chest rather than simply a game of chance for people in later life.”

To view a copy of the report, Shining a spotlight on the hidden housing market, please click here.