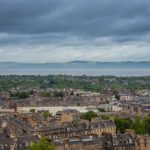 SFHA: we will work with Scottish Government to deliver support services for tenants after Brexit

Any increase in the cost of living following Brexit will likely affect the poorest people in society, especially those living in rural and remote areas, the most. Housing associations and co-operatives’ tenants are often on lower incomes, and Scottish Government figures suggest an additional 130,000 households could experience poverty in the event of a no-deal exit from the EU.

SFHA has asked the Scottish Government to provide funding for partnerships between housing associations and support organisations to ensure wrap-around advice and support – such as financial inclusion and welfare rights services – for tenants, especially those on the lowest incomes and those with care and support needs.

SFHA members have also raised concerns about fuel supply after Brexit as many social landlords’ care and repairs teams use vehicles to ensure the safety and security of their tenants as well as to maintain contact with them. SFHA has asked the government to ensure housing associations and co-operatives are included in any continuity plans regarding fuel shortages.

Sally Thomas, SFHA Chief Executive, said: “The prolonged uncertainty about arrangements for leaving the EU is causing concern for our members regarding the detrimental impact this could have on their tenants. For this reason, we have asked the Scottish Government to deliver measures that will protect the poorest and most vulnerable people.

“Many support agencies do not have a presence across the whole of Scotland, including rural and remote areas, but housing associations do and this is why they are well placed to work with other organisations to ensure tenants can access the advice they need. However, in order to do this, it is vital that the Scottish Government makes funding available.

“We recently met with the Cabinet Secretary for Communities and Local Government Aileen Campbell and Housing Minister Kevin Stewart to discuss mitigating the effects of Brexit and welcomed this opportunity to discuss our members’ concerns.

“SFHA and our members will work with the Scottish Government to ensure those who require support in the event of a no-deal Brexit can access it.”

Image by Zsuzsanna Tóth from Pixabay