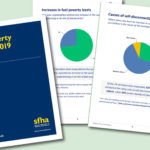 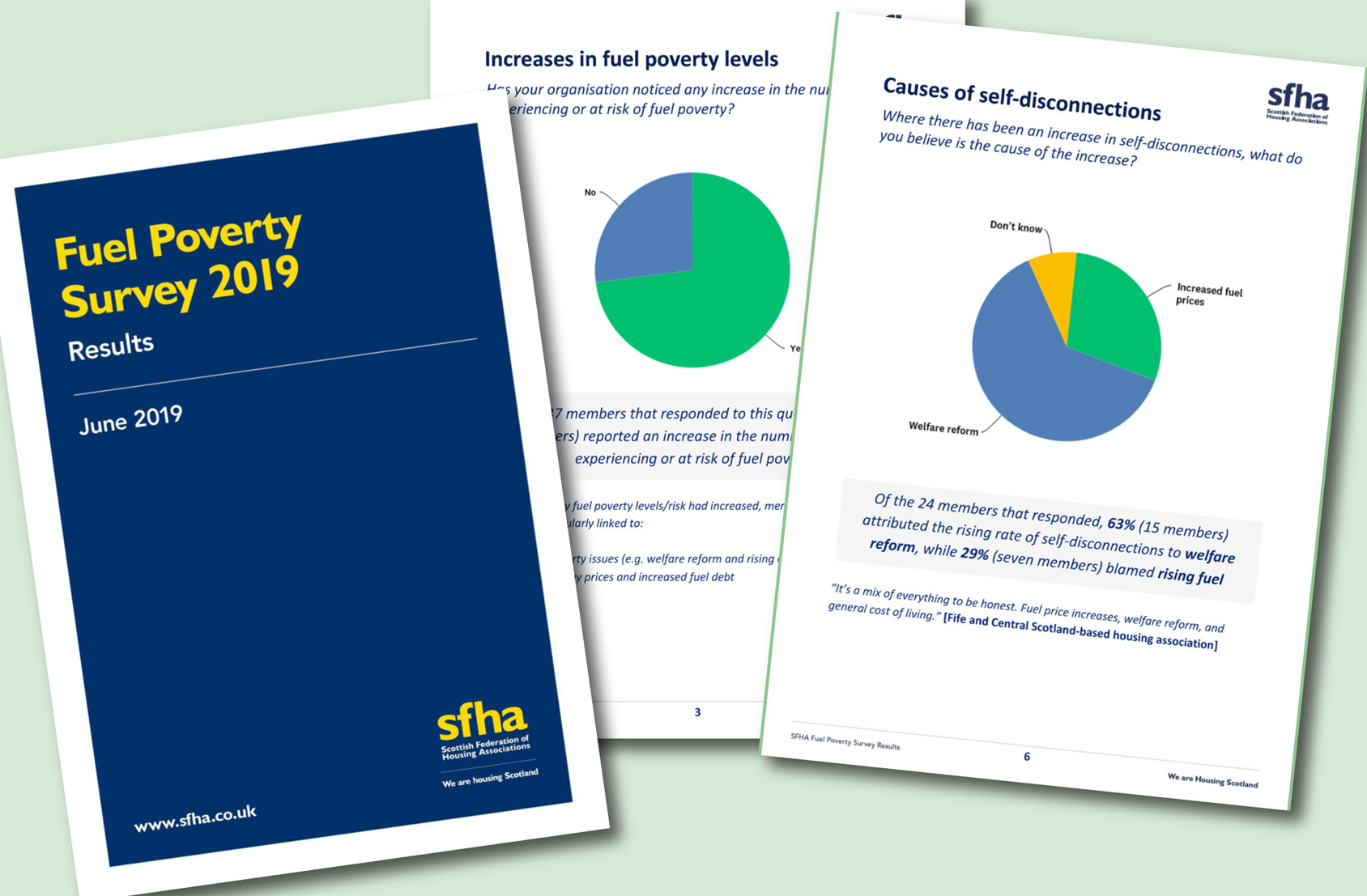 A new survey by the Scottish Federation of Housing Associations (SFHA) has found increasing numbers of tenants experiencing or at risk of fuel poverty. A majority of housing associations also reported an increase in tenants self-disconnecting their own power or heating due to fuel poverty. (1)

The SFHA has released the findings ahead of the stage three proceedings of the Fuel Poverty (Target, Definition and Strategy) (Scotland) Bill on Thursday 6th June. Seventy-three per cent of respondents said they had noticed an increase in the number of tenants experiencing or at risk of fuel poverty, often as a result of welfare reform. Wider poverty issues, rising energy prices and increased fuel debt were also given as reasons for increasing fuel poverty.

Sixty-one per cent of the housing associations and co-operatives reported an increase in the number of tenants self-disconnecting their own power or heating due to fuel poverty. Welfare reform was also given as the main reason for self-disconnection.

A staff member from an Argyll and Bute-based housing association said: “A number of tenants have stopped using heating because they can’t afford it…mostly it’s because they don’t want another bill to worry about, so they do without whenever possible.”

Housing associations also reported an increase in the number of tenants in fuel debt, with 73% stating that levels had risen.

Sally Thomas, SFHA Chief Executive, said: “It is shocking how many people are struggling to afford to heat their homes. The UK Government must take urgent action to raise social security in line with inflation to ensure no one has to choose between heating or eating.

“Social landlords are working hard to make homes more energy-efficient and reduce the cost of heating them for their tenants. However, in order to end fuel poverty, it is vital social landlords are eligible for grant assistance from the Scottish Government.”

(1) In April 2019, SFHA conducted a survey of its members on the impact of fuel poverty. In total, 52 members responded to the survey. This report provides an overview of their responses. This data is not intended to be representative of SFHA membership as a whole, but instead serves to provide a snapshot of SFHA members and their tenants’ experiences of dealing with fuel poverty.