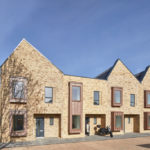 Royal Borough of Greenwich’s council home building programme, Greenwich Builds, has been awarded a grant of £38m by the Mayor of London, as part of the first round of the new Affordable Homes Programme.

The additional funding will be used to build hundreds of new council homes across Royal Greenwich, as part of the Greenwich Builds programme. All of these homes will be let at London Affordable Rent to local residents on the council’s housing waiting lists.

Over 350 Greenwich Builds council homes are now under construction, with tenants having moved into the first 20 completed homes this year. All the homes meet stringent safety and sustainability standards in line with those specified under the terms of the Mayor of London grant. The vast majority of Greenwich Builds schemes meet zero carbon targets as part of Royal Borough of Greenwich’s draft Carbon Neutral Plan.

In total the Greater London Authority is allocating £3.46bn to local authorities, housing associations and private providers to cover homes built over the next five years.

Leader of the Royal Borough of Greenwich, Councillor Danny Thorpe, said: “When I became the Leader of our Council three years ago, I said I wasn’t going to spend my time just talking about the housing crisis but doing something about it. The extra funding announced by the Mayor of London gives a major boost to our Greenwich Builds programme, which is already providing sustainable new council housing for people in need across our borough.

“I have never been prouder than when we’ve taken families off of the list and moved them into these incredible new homes. Our housing waiting lists are growing every day as a result of London’s housing crisis, so we are delighted that with the Mayor of London’s support we will be able to help hundreds more people in housing need with our Greenwich Builds scheme.”

Royal Borough of Greenwich Cabinet Member for Housing, Councillor Anthony Okereke, commented: “We are thrilled to have secured this additional funding from the Mayor of London, which will allow us to expand on the success of Greenwich Builds.

“Royal Borough of Greenwich is leading the way in providing a new generation of high-quality, eco-friendly homes that will serve our community for generations to come. With this grant we will be able to build hundreds more homes for local people suffering as a result of the housing crisis.”

0 0 0 0
Previous : Progress Housing Group teams up with Onward Homes to deliver 600 affordable homes across the North West
Next : A new model for building more and better homes for the people of Lambeth