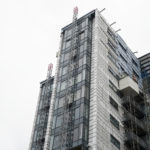 ‘No rest until every Londoner is safe in their home’ 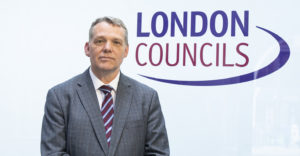 Cllr Darren Rodwell (right), London Councils’ Executive Member for Regeneration, Housing & Planning, said: “The fifth anniversary of the Grenfell Tower fire is a time of sad reflection as we remember the lives lost and families torn apart that night.

“Five years on, no one should still be living in a building with dangerous cladding. Yet there are still too many buildings across the capital requiring fire safety works because of cladding or other issues, and too many Londoners stuck in limbo while arguments rage over how these works should be paid for.

“Boroughs continue to push for improvements to the national fire safety regime. Although progress has been made, there can be no rest until we know every Londoner is safe — and feels safe — in their home.”

Photograph of Cllr Darren Rodwell taken at the London Councils AGM in London by Elliott Franks.